The Souljazz Orchestra at the Garrison 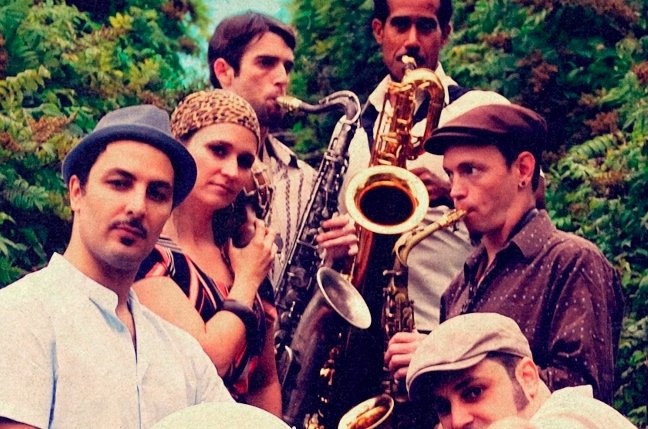 THE SOULJAZZ ORCHESTRA at the Garrison, Friday, March 7. Rating: NNN

Ottawa’s Souljazz Orchestra have earned a big Toronto fan base over the years, so when the Garrison doors opened at 10:30 pm, before the first of their two-set show, enough bodies spilled in to fill the room.

After opening with a handful of songs from their latest release, Inner Fire – the highlight definitely being the salsa singalong Agoya – the band went on to showcase old favourites like People, People and cover a couple of legends, including Fela Kuti.

While most of their tunes don’t centre around vocals, each member sings throughout the show. And if this band is lacking anything, it’s a vocalist who really packs a wallop.

But then, perfection wouldn’t suit them. There’s a loose free-spiritedness that jives well with their tight musicianship and Afro-beats, funk steeze and latin rhythms seem to flow naturally from within them. (Maybe nine and a half years of touring has something to do with it.)

They encored with a genre-mashing medley that included snippets of DJ Kool, James Brown and Sir Mix-A-Lot. Yes, it seems they can pull off almost anything.