The state of things

Marking an anniversary, and wondering how the industry will move forward 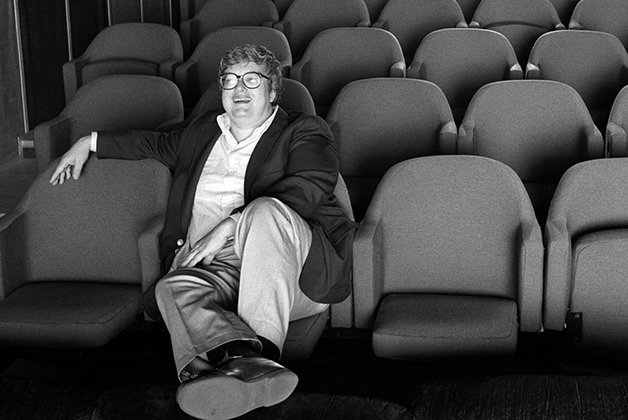 It’s been one year since the death of Roger Ebert, and his absence seems especially noticeable right about now. Film criticism took another huge hit this week with the announcement that Entertainment Weekly had laid off Owen Gleiberman, its movie critic of 24 years, and Roger would have had something eloquent and thoughtful to say about it.

That was the role he’d assumed in the years after he lost his ability to speak – a commentator on matters personal, political and professional, equally skilled at dissecting the failings of American conservatism as he was discussing his atheism in the face of a cancer diagnosis.

A couple of weeks ago I had the chance to see Life Itself, Steve James’s documentary/memorial about Roger. It’s a lovely tribute and a very powerful film – I’ll have much more to say about it when the film opens later this year – and it made me realize that there will never be another media personality quite like Roger Ebert. The conditions for his ascendance no longer exist. The world has changed.

We can see that change in the Gleiberman firing, which was hinted at a few days earlier when EW announced the launch of a new “contributor network” that would be driven by readers, rather than professional writers. Why do I make the distinction? Because the magazine plans to compensate those contributors “in the form of prestige” – basically, EW uses their work and they get to say EW uses their work. Imagine a website harvesting the most articulate comment on every article and posting them as follow-up pieces, complete with byline that seems to be what EW is planning.

Look, I know I’m coming from a place of privilege here, and having spent the first two decades of my career as a freelancer I know exactly how lucky I am to have full-time employment as a film critic. And there are plenty of people writing excellent film criticism for nothing, or next to nothing that’s how you build a reputation in this business, sadly.

But casting the net as wide as EW is doing, and explicitly telling contributors they shouldn’t expect to get anything out of it beyond bragging rights and a Google hit? That’s just insulting.

I’m sure Roger – who found work for plenty of emerging talents over the years – would have something more articulate to say beyond “screw that noise”. But he’s not here, and that’s all I’ve got.

Oh, right, you want to read about movies. Well, Jodorowsky’s Dune is pretty great, and that new Marvel picture ain’t bad either. But if you’re in the mood for something smaller and more local, wander over to Roncesvalles on Sunday afternoon for a 4 pm screening of The Lost Highway at the Revue Cinema.

A new documentary from Derreck Roemer and Neil Graham, who made the moody Last Call At The Gladstone Hotel a few years back, The Lost Highway takes a look at another neglected piece of Ontario culture – specifically, Highway 7.

Once upon a time, Highway 7 was the most direct route from Toronto to Ottawa. But then the Trans-Canada Highway came along, and now much of 7 resembles the stretch of Arizona where the Bates Motel operated in Psycho.

Roemer and Graham explore the small town of Arden, north of Kingston, which fell into a depression when the 401 opened up in the 60s and never really recovered. The Lost Highway profiles the residents of Arden as they try to keep their faltering businesses alive or launch new ones in the face of grim odds. It’s not an upbeat documentary, but it’s a compelling one, and Roemer and Graham don’t condescend to their subjects or their audience.

The filmmakers will be in attendance for a post-screening Q&A if you’re the slightest bit interested in the subject matter, you won’t want to miss it. This is likely to be the only chance you’ll have to see The Lost Highway on the big screen.