Strombo marks 30 years of the Tragically Hip with covers project 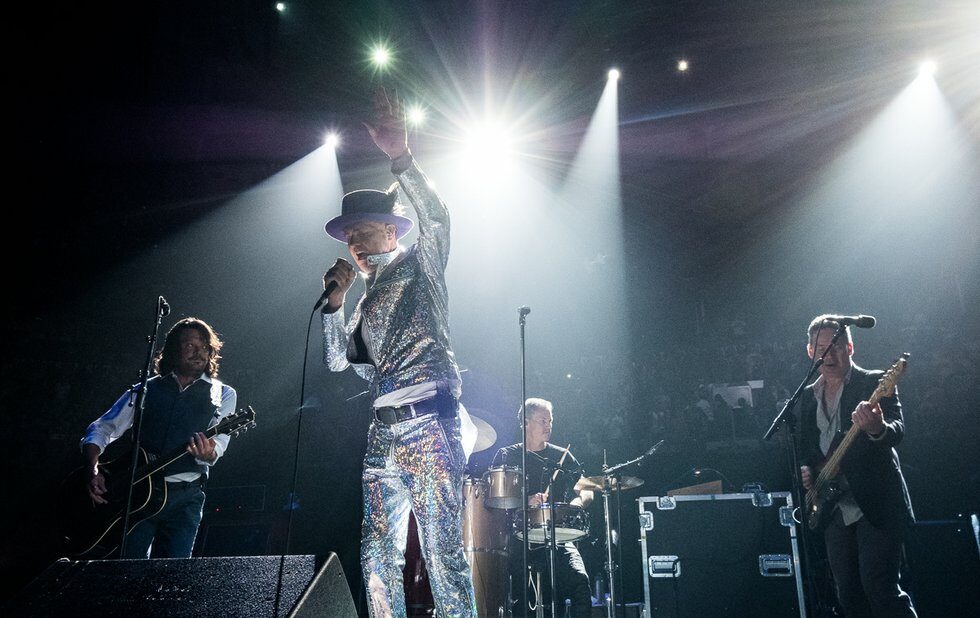 George Stroumboulopoulos is kicking off 2017 with an epic tribute to the Tragically Hip.

For the past year, the broadcaster has been recruiting a diverse cross-section of Canadian acts to cover songs by the Kingston rockers in honour of their 30th anniversary. The resulting special, HIP30, will air on CBC Radio 2’s The Strombo Show on January 1.

Stroumboulopoulos started reaching out to artists to participate in late 2015, and recording was well underway when the Tragically Hip announced in May that frontman Gord Downie had been diagnosed with terminal brain cancer. After that, more artists signed on and the project took on a different weight.

“We started way before, but the announcement certainly added a gravitas to it,” Stroumboulopoulos tells NOW. “If you talk to any of the singers, a lot of them will tell you that Gord’s phrasing is very unique. You can’t just sit down and play three chords and do a cover. With the Hip, you have to put a lot of thought into it.”

The project was inspired by The Strombo Show’s Neil Young 70 special, but features a much more extensive list of contributors. In all, around 50 songs were recorded.

Blue Rodeo, Barenaked Ladies, the Sadies, By Divine Right, Cowboy Junkies, Sarah Harmer and Julie Doiron are among the Hip’s friends and peers who participated, while Harrison, SATE, Stars, Tanika Charles, Weaves, Woodpigeon, the Dears, D-Sisive, Death from Above 1979, Born Ruffians and Greys are among the artists representing the generations of musicians that came after.

“Because the Hip hold the place they do in the national conversation, it actually freaked a few bands out,” Stroumboulopoulos explains. “Part of our mandate was ‘Don’t just do it straight, make it your own.’ That took a lot of work because [the musicians] realized how much the audience is in love with a lot of these songs.”

Stroumboulopoulos also wanted to ensure that a mix of genres were represented. Highlights include Harrison and soul singer M.I. Blue’s take on Poets, Death from Above 1979’s rendition of Grace, Blue Rodeo’s cover of Bobcaygeon and the Dears’ version of Tired As Fuck.

“The wilder it was, the better it was,” he says.

A radio broadcaster since the early 90s, Stroumboulopoulos first interviewed the Hip in 1996 when he was a host at Toronto radio station Edge 102.1. He went on to interview the band as an on-air personality for MuchMusic and then for his now-defunct talk show for CBC Television.

Although Downie’s illness weighed on many acts throughout the creative process, Stroumboulopoulos says the emphasis is on celebrating the Hip and their influence.

“A lot of people don’t realize how big an impact the Hip have had on so many bands,” he says. “There’s a lot of talk about Gord, but we were clear from the start that this is not a eulogy. It’s a celebration. It’s about hearing the songs and hearing people talk about what the band means to them.”

HIP30 airs as part of The Strombo Show on January 1 from 8 pm to midnight.