The Tale Of The Princess Kaguya 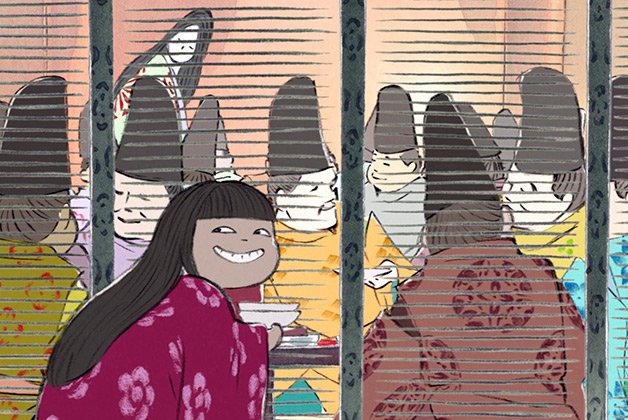 The Tale Of The Princess Kaguya

The Tale Of The Princess Kaguya will make you smile like this.

I’ve been a little cool on Studio Ghibli’s recent offerings, so I’m happy to report that The Tale Of The Princess Kaguya is a return to form for the legendary Japanese animation house.

It’s a fable about a humble bamboo carver who finds a mysterious infant in the forest and brings her back to his wife to raise as their own. But giving little Kaguya the best future means moving to the capital and living among nobility, exchanging her happiness for a chance at security.

Veteran director Isao Takahata has made a lovely allegory about parenthood, about welcoming a new life and watching it grow only to realize that life will bring dreams and thoughts you can’t control.

Takahata is rightly revered for his merciless Grave Of The Fireflies he’s working in a far more delicate and beautiful mode here. The characters and environments look like brush paintings come to life, and the narrative moves with a bittersweet tenderness. And if the film meanders a bit in its midsection, that just means we have more time to sink into its gorgeous world.

TIFF is screening an English-dubbed version in the afternoons and the subtitled Japanese version in the evenings. The film is also this month’s Critic’s Night feature, so I’ll be guest-hosting the 6:40 pm screening Tuesday (October 21).