This years top theatre artists include an in-demand director as well as actors and playwrights who communicate the full range. 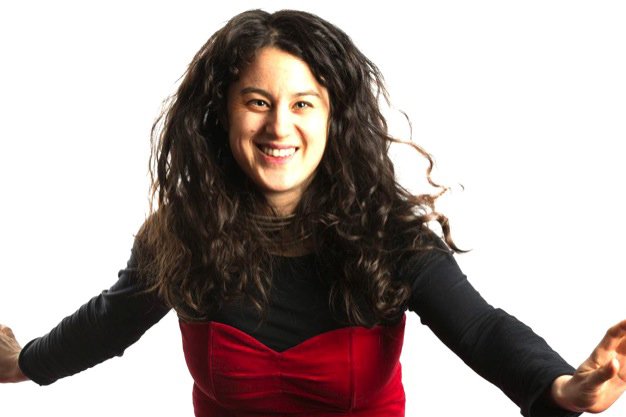 more than passed muster in Mustard and other shows.|Andre Sills's performance in "Master Harold" was riveting.|Jane Archibald (left) took wing in The Marriage Of Figaro.|Virgilia Griffith (left)

This years top theatre artists include an in-demand director as well as actors and playwrights who communicate the full range of emotions, often stepping out of their comfort zones to wow us with their talent. Artistic and cultural diversity are equally important in this years list, whose members created productions that provided audiences with luminous theatrical memories.

The thoughtful artistic director of Why Not Theatre seemed to be everywhere this year. He celebrated Diwali by reviving A Brimful Of Asha and co-presenting Piya Behrupiya, a Hindi version of Twelfth Night by Indias Company Theatre, and followed Ashas parent-child theme with Like Mother, Like Daughter. Jain was also in demand elsewhere, directing The 39 Steps and the fascinating The Adventures Of The Black Girl In Her Search For God. But nothing topped Jains production of Salt-Water Moon, which turned the naturalistic play on its head and made it a timeless, universal love story.

The multitalented Chatterton indulged both her serious and comic sides in writing and performing this year, beginning with Within The Glass, a look at two couples dealing with a mix-up at a fertility clinic. Later she collaborated with Evalyn Parry and Karin Randoja on Gertrude And Alice, a funny and moving look at the famous lesbian couple, and wrote the eerie libretto for the opera Rocking Horse Winner. She finished the year as playwright and actor in Quiver, a multi-voiced solo show about a teens sense of rejection by her family.

A Soulpepper stalwart, Dennis is equally reliable in comedy and drama. This year he was part of five productions for his home company, beginning with a sympathetic paternal figure in Blood Wedding and ending with a hilarious turn as a soused actor in Noises Off and a hard-working guardian angel in Its A Wonderful Life. But it was his pair of serious roles that stood out: first in Incident At Vichy, as a Nazi military man forced into a role he doesnt relish, and, most extraordinary, as a Southern plantation owner, in Father Comes Home From The Wars (Parts I, II and III), who seems concerned for the loyal Black slave who willingly follows him into battle… until an offhand comment shows the man to be the scariest of racists.

You only had to watch Thompson, off to the side in a scene from Breathing Corpses, weep silent tears to realize how committed she is to her roles. She had a wider emotional scope in the terrific historic feminist script Elle, which she adapted as well as starred in. As talented a director as she is an actor, she co-created and helmed Madam Mao, which focused on another strong female character, and later directed a light, inventive staging of Peter Pan, set in various breweries around town.

Sincerity and tenderness are among Drakefords trademarks as a performer, but this year she had a chance to combine those with some unusual characteristics. In This Is How We Got Here, she played the sympathetic but angry aunt of a teen who committed suicide. She upped the intensity in Pomona as an apparently willing brothel inmate who exuded compassion along with fearful anxiety. But Drakefords final performance of 2016, as the troubled Angelo in an all-female Measure For Measure, was revelatory she was perfect as the smug, supercilious saint who proved to have feet of clay when he lusted after a young novitiate.

Theres a simple truthfulness to Yaraghis stage work, as she proved again in three productions this year. As a millers daughter in The Death Of The King, she easily morphed from the shy commoner to the ruler himself. In an update of Virgils epic The Aeneid, she took on multiple roles and stood out as the woman with whom the modern-day Aeneas finally settled, a stranger in a strange land. Her most mesmerizing work, though, was in Pomona, playing a seeming innocent in a world of monsters and manipulators who might herself be the most monstrous character of all.

A clown who knows how to suggest a characters dark side, Rajaram started the year with a Dora-winning performance in Mustard as an imaginary figure, initially invisible to most other characters, who is more real than anyone conceived. He followed that with more comic work as multiple characters in the farcical The 39 Steps, putting his rubbery face to excellent use, and Noises Off, another farce that had audiences sick with laughter. Rajaram tapped into a more serious mood as part of the futuristic TomorrowLoveTM ensemble, whose eight members played dozens of characters.

Big and imposing, Sills can easily create a fearsome figure onstage. But his performances this year allowed him to suggest a more sensitive side as well. In the satiric The Adventures Of The Black Girl In Her Search For God, his Black Bearer had some thoughtful, clear-sighted ideas about the role of whites in the lives of Black people, while in Pomona, as Moe, half of a seriocomic pair of inept security guards, his need for violence and companionship were equally powerful. Sillss outstanding performance, though, was in Master Harold… And The Boys, playing Sam, who does his best to support the young white Harold until the teen takes out his frustrations on the older man. Ive never seen the threat of violence so well played onstage.

The best opera singers are as skilled dramatically as vocally theres no excuse for a soulless stand-and-deliver performance, no matter how impressive the voice might be. You never have to worry about Archibalds theatrical commitment. She played the wise, witty and warm maid Susanna in a dark-hued take on The Marriage Of Figaro, never quite revealing whether she was attracted to or repelled by the domineering nobleman who lusted after her. In Ariodante, another unconventionally staged opera, the soprano was caught between the amatory demands of the titular hero and a villainous clergyman, finally choosing to follow her own instinct by leaving them both behind.

Griffith keeps proving her strengths as actor and choreographer, this year impressing in five productions. She brought sharp comic timing and a sense of pain to a snooty wife who confronts her husbands white lover in Byhalia, Mississippi in How We Are, kept revealing emotional layers as a straight woman who cant believe she slept with her girlfriend and in Up The Garden Path, found laughs and tenderness as a cross-dressing Bajan woman who comes to Canada to pick fruit. As choreographer, she gave excitement to Dark Love (which she also directed) and helped define the various characters in Black Boys.