Toronto's foodie scene keeps changing and growing all the time. Here are three new destinations for snapping up whatever you want to slap on the grill.

Some are hooked on phonics, and others are hooked on drugs. Hooked’s Dan Donovan happens to be addicted to sustainable seafood. Professionally speaking, of course.

He first got hooked – and lined and sinkered – on ethically sourced fish while working alongside locavore wunderkind Jamie Kennedy. Seeing the potential market for politically correct pickerel and such, his next step was to launch Hooked, an eco-minded seafood shop in Leslieville. 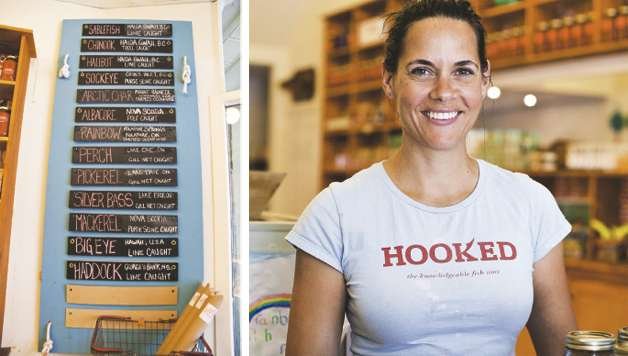 “The hardest part has been building the supply chain,” says Donovan. “They’re small suppliers and they’re strung out across the country. We had to get good at air freight really fast.”

And so we get wild chinook salmon and sushi-grade albacore tuna from BC, heart-smart mackerel from Nova Scotia, and silver bass from Lake Erie. Hard to screw up on the barbecue, Kolapore trout come all the way from Collingwood.

In an act of cosmic synchronicity, Donovan (uncle of Ryan Donovan of West Side Beef) will be opening a second Hooked in Kensington Market in the storefront currently occupied by Sanagan’s Meat Locker once the butcher moves into European Meats. 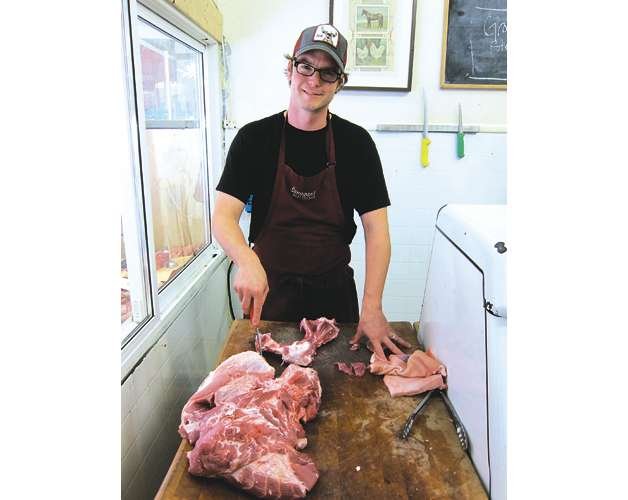 When the 5,000-square-foot Kensington storefront that once housed long-running European Meats came on the market, Peter Sanagan knew it was time to make a move.

“The new landlord asked if I was interested, so I moved quick,” says the owner of Sanagan’s Meat Locker, a butcher shop less than one-10th the size just a few doors down. “There were rumours Rowe Farms wanted it, but I also heard Starbucks was after it.”

Once the new location’s opened by the end of July, he plans to offer much more than pricy wild boar T-bones.

“Since we have so much space, we’ll be doing a lot more prepared food and charcuterie. We’re also keeping the lunch counter, so we’ll have really good roast beef sandwiches and rotisserie chicken.”

Until then, you can still stock up at the original store on barbecue basics like house-stuffed pork taco sausages and King Capon chicken. Sanagan even carries organic veal ribs ($3.99/lb) and grass-fed beef ribs ($2.99/lb) perfect for the barbie. Bargain or what?

“A lot of people think we’re expensive because we’re more upscale than European. We’re just not!”

Monday to Saturday 8 am to 7 pm, Sunday noon to 5 pm. Closed some holidays. 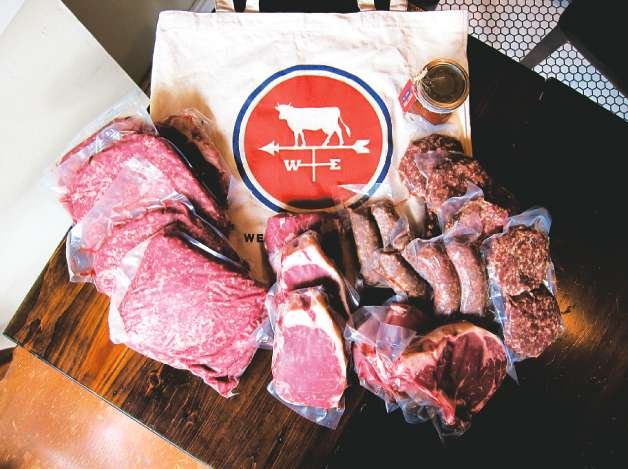 Ever wanted to invest in a 450-pound side of beef but couldn’t figure out how to butcher all that meat? And once you had, where you’d keep it?

Enter West Side Beef, a subscriber service that buys naturally raised sides of aged beef direct from Brantford’s Dingo Farms and then breaks them down into 20 to 25-pound assortment boxes for its members. Each share – vacu-packed roasts, ribs, stewing beef and briskets as well as stock and soup bones – goes for $150. They also offer a special barbecue box of steaks, sausages and burger patties for the same price.

“Everything in that box is meant to be grilled,” says WSB’s Carl Heinrich.

You may remember Heinrich from his kitchen duties at meat-mad Cowbell and Marben. No slouch, he also won the last season of TV’s Top Chef Canada.

“The meat will last up to two weeks in your fridge, or you can freeze it till you need it,” says Heinrich, who also throws in a bottle of his own homemade spicy barbecue sauce with each order.

Heinrich and partners Ryan Donovan and Kurt Krumme will be appearing at July 26’s Tasty Thursdays at City Hall. What’s for lunch?

“Seven-dollar burgers! Whenever we do one of these big events, we hold back a couple of shares and turn them into hamburger.”