The real problems are about living conditions, not free chocolates 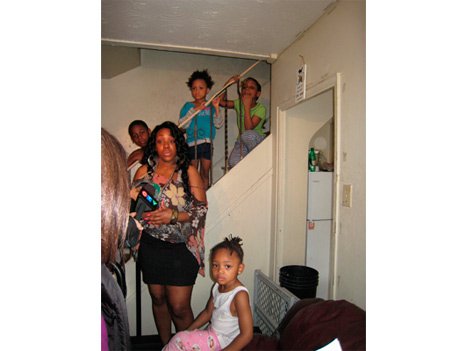 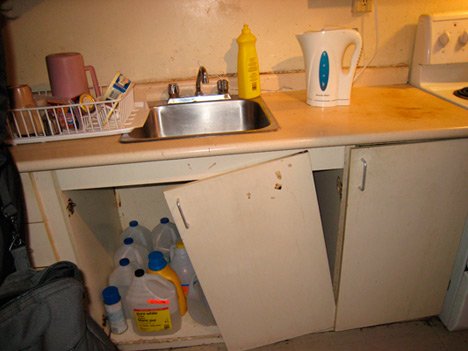 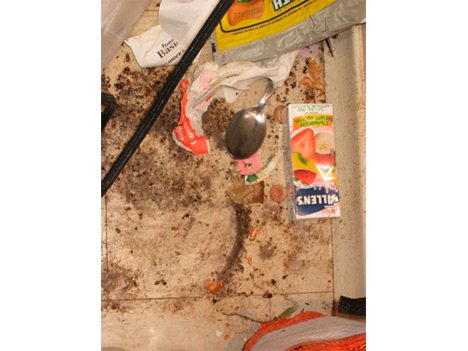 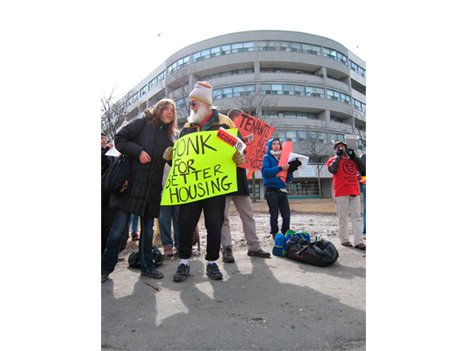 It’s a windy Tuesday (March 15) afternoon at the corner of Eglinton Ave. and Markham Rd. in Scarborough. It feels much colder than the forecasted six degrees – but you’d never know by the energetic group that has gathered here.

As the media frenzy surrounding the TCHC spending scandal continues, tenants at 3171 and 3181 Eglinton Ave. E. want to turn attention away from chocolates and spa dates. What’s happening here gets to the guts of TCHC’s problems – poor service to the tenant’s it’s serving.

This collection of tenants, some of whom are members of ACORN Canada, a community organization dedicated to justice for low and moderate-income families, have invited mayor Rob Ford and city councillor Gary Crawford today to see their living conditions – and to ask when real improvements will be made under new management. Neither show.

“It was great that that travesty was uncovered, but with all due respect, it’s time to move on, and to give people the proper living conditions that they so much need and deserve,” says ACORN spokesperson, Edward Lantz.

Tenants in these two buildings totalling 264 units – one of 14 TCHC developments in Scarborough southwest – have been living in slum-like conditions, he says, with units in total disrepair and no one responding to work orders to fix them.

Tieast Love knows this all too well. She has lived at 3181 Eglinton Ave E. for five years. She sighs as she points out gaping holes in walls, busted cupboards and mold in two rundown units we are shown.

She said she has put in over 12 work orders to fix problems in her fourth floor apartment, like her tile-less floor that her young daughter and son have both cut their feet on, and has received no response.

“Any work order we put we have to pay for with our own money, pay from our own pockets. Of course it’s unfair,” she said.

When NOW talks later to Jeffrey Ferrier, spokesperson for the TCHC, he says he is aware of the problems at these buildings and is concerned. The property management of these buildings, he points out, is contracted out to a private company, Fengate Property Management.

But as the building owners, the TCHC is still responsible for ensuring Fengate meets its obligations, he says, adding that the TCHC has spoken with the company and they are “taking steps to make sure [they] respond to tenant repair requests in a timely way.”

TCHC will also be sending its own reps to 3181 Eglinton Ave. E. on Wednesday, March 23, from 4 to 6 p.m., to review outstanding work orders, input new repairs into their computerized tracking system, and inspect units of those unsatisfied with the current response.

Back in Love’s apartment, cockroaches crawl out from under appliances and rugs. She jumps as one skitters under her feet.

“In the night-time if you have the lights off and then you turn them on, you see them all over the walls, the ceiling, the ground, the cupboards, everything. I have to worry that they’re going to crawl in my kids’ ears.”

In the mean time, she has a message for Ford: “Take a few weeks in my shoes and see how it feels.”