The twisted truth on GMOs 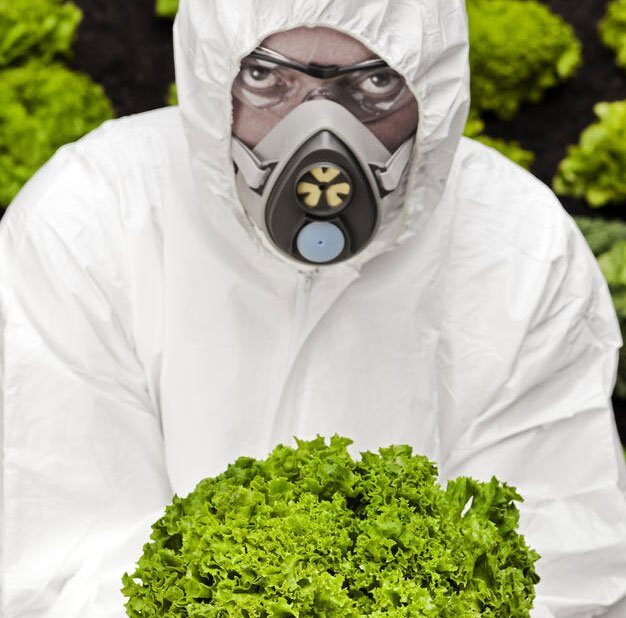 Last month’s rally in the nation’s capital against the alleged muzzling of government scientists signalled how tough it’s getting for scientists to speak the truth – especially when their work impinges on industry or agriculture.

Stepping gamely into the ring and refusing to be silenced, however, is renowned primatologist Jane Goodall.

“The evidence says GM foods probably are not safe,” she said at a Toronto press conference in late April in support of a new book she calls one of the most important of the last 50 years.

The suppression of independent science is an important chapter in the story, explaining how research into GM safety, which could have led to important health discoveries, stalled.

Goodall’s fame might shield her from attacks aimed at other internationally respected scientists who have questioned GM food safety. Many, such as Árpád Pusztai, Manuela Malatesta and Gilles-Éric Séralini, have limped away discredited, their careers in ruins, after reporting weakened immune systems, liver, pancreas and testes malfunctions, and massive tumours, among other effects observed in lab rodents fed on a GM diet.

Canada has questioners, too, though hardly a whisper of GM dissent is now heard from Canadian scientists.

In 2000, Ann Clark, an associate professor at the University of Guelph, was publicly humiliated for publishing a report critical of GM food safety. Her dean called her “unethical” for commenting on matters outside her livestock pasture management specialty. Clark was spared serious career consequences, but her case served as an example.

“Very few academics were dumb enough to voice concerns publicly,” Clark writes in an email. “Self-censorship was and is the norm.”

One other major source of dissent was a Royal Society of Canada expert panel, a group of 14 credentialed scientists Health Canada called upon in 2001 to assess the country’s food biotechnology regulations.

Before the panel finally declared it “scientifically unjustifiable” to presume GM foods were safe, Health Canada had already stopped cooperating with it. Though some observers predicted that government would be hard pressed to ignore the panel’s report, Ottawa did just that.

Overt suppression isn’t the only thing that can silence scientists. The other is having no work.

The panel urged government to promote and protect independent research on the health and environmental risks of genetic modification.

But 14 years later, few can name any publicly-funded research under way in Canada into GM safety.

Guelph scientists are peripherally involved in a large EU-funded German study to determine the best way to test for GM crop safety that includes 90-day and year-long rat feeding trials, among other methods.

But the chances of Canadian independent scientists taking on studies like the German one are slim to none. What company would green-light a safety study on its own patented seed? Unsurprisingly, scientists focused on the safety risks of new technologies are unlikely candidates for industry-partner research grants.

“In Canada we are in a crisis situation in terms of funding for science,” Barry Micallef, a plant physiologist and biochemist at the University of Guelph, writes in an email. “In my department at Guelph, some of the most highly funded researchers are those getting money from chemical companies like Monsanto.”

But just because there’s a shortfall of money for this research “doesn’t mean there’s anything insidious going on,” says Rene Van Acker, an associate dean at the Ontario Agricultural College in Guelph.

And yet the idea that money can’t be found to study food risks rankles those who believe there must be no compromise on the health and safety of the food system.

“If we don’t have the money to test for safety, then… this technology shouldn’t be introduced,” says Lucy Sharratt, coordinator of the Canadian Biotechnology Action Network in Ottawa.

And because those tests are conducted on patented seeds, they are classified as confidential business information and are not accessible through access to information requests. Hence the expert panel’s suggestion that government increase transparency on the science behind GM food decisions.

But it’s still a mystery what exact science and what exact quality of science Health Canada requires to sanction the GM foods on our plates.

The public has no choice but to trust Health Canada, a department susceptible to industry intervention. In 1999, a scandal revealed that supervisors had pressured government scientists to approve bovine growth hormone, against the scientists’ better judgment.

While government seems, by all accounts, to have ignored the more than 50 recommendations of the Royal Society expert panel, Health Canada insists that those recommendations “have helped to ensure that [Canada has] kept pace with the latest scientific developments.”

Nonetheless, we’re on the cusp of an unnerving new era of novel life forms. It includes the first GM trees – eucalyptus and apple – recently approved in the U.S. and Brazil.

Health Canada may also be on the verge of approving the first GM food animal, a salmon.

Meanwhile, Canada’s system for approvals remains as secretive and susceptible to industry influence as ever.

Such opaqueness may be whetting the public’s appetite for information.

It took no longer than a week for readers to snap up all 10,000 initial copies of Druker’s book. And yet GM proponents continue to claim fears of Frankenfoods are history.

Health Canada might like the sound of that. “The sense I got from the government is they basically just wanted [the question about GM food safety] to go away,” UBC’s Brian Ellis, co-chair of the expert panel, says. They thought “if they stonewalled it for long enough, then people would simply… lose enthusiasm for the question.”

Health concerns about GM food appear to be alive.