The Underachievers at Tattoo 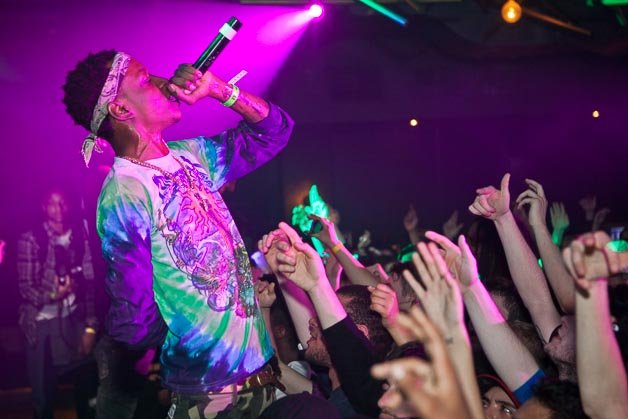 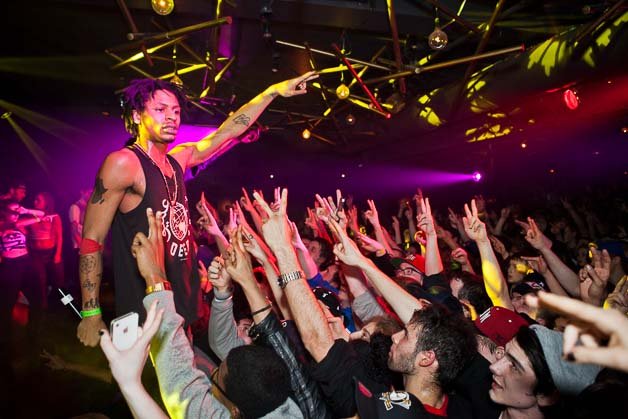 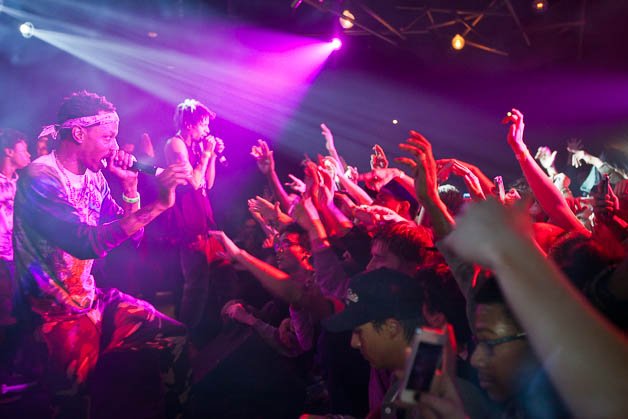 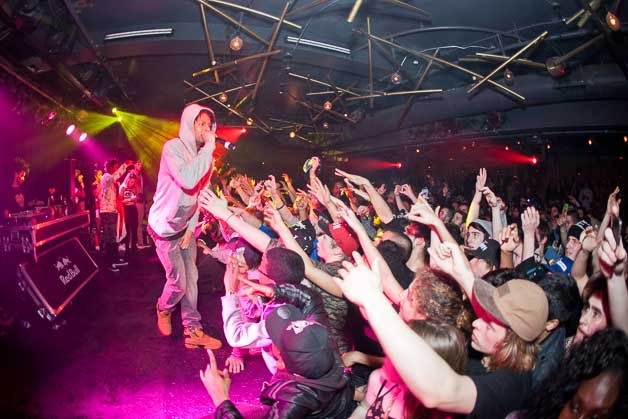 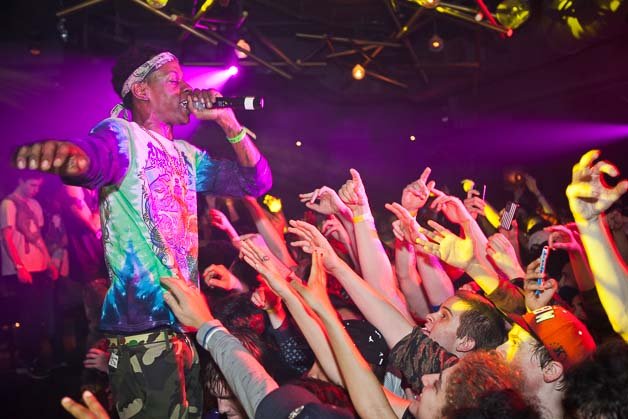 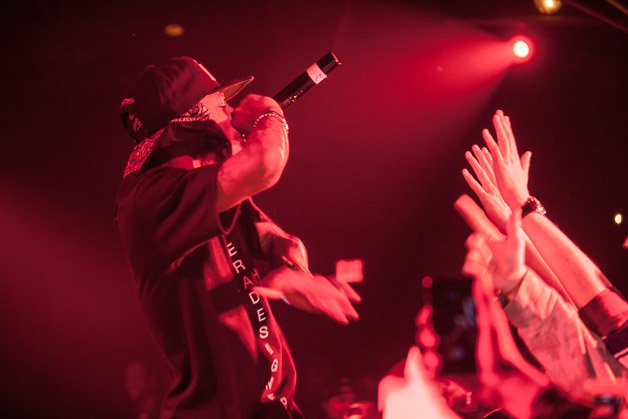 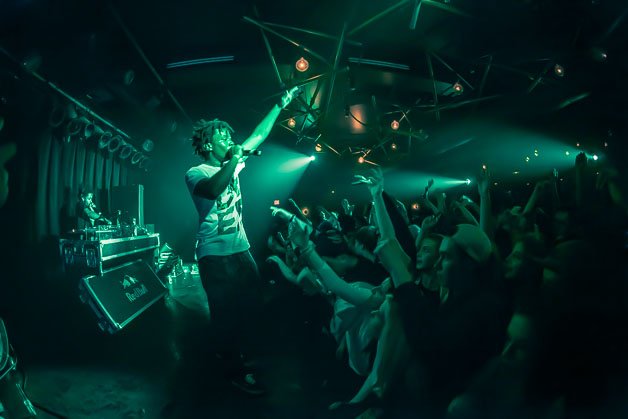 The Beast Coast represented in downtown Toronto last night, and from Brooklyn, New York, they brought positive vibes, clouds of green and a whole lot of underaged concertgoers.

It makes sense that this Eyes of the World tour stop was all ages: the emcees performing ranged from teenaged to early 20s and certainly embodied the uncynical, loving-life vibes associated with youth.

Brainfeeder signee Azizi Gibson exuded positivity, then Miami’s Denzel Curry encouraged showgoers to mosh (“as long as the ladies don’t get hurt”). But the most impressive opener was Brooklyn’s Dillon Cooper. His quickly spat standout tune Everyday Life – with its smooth, throwback brass intro – recalls A Tribe Called Quest, Nice & Smooth and, mostly, the boom-bap revivalism of fellow Beast Coast youngin Joey Bada$$. Rhyming over Outkast beats is also a signature of his, and doing so to Ms. Jackson was a sure-fire way to rile up the hip-hop crowd.

But as game as everyone was to go nuts for the opening acts, the packed room (there was a long lineup outside who were less fortunate) pretty much lost their shit when the Underachievers’ Issa Gold and AK emerged amid the smoke onstage, among their fellow emcees and some lucky fans. Opening very appropriately with Philanthropist (“First thing’s first, let me lay it down…”), the duo performed all their better tunes from 2013 Brainfeeder mixtape Indigoism and a one-song preview of their upcoming album Cellar Door.

Some of the psychedelic production subtleties were lost either by virtue of the sound-system or how loud the crowd response was they seemed a little off-beat on their best-known single Gold Soul Theory and their delivery was overkill sometimes – constantly forceful, it was almost like they were trying to yell over the crowd, instead of letting the mics do their jobs (the guys have such a nice flow on record). But what Issa and AK lacked in technique they made up for in fan appreciation – sharing blunts, near constant high-fives and handshakes, locked eyes. Basically a love-in. One girl even crowd-surfed her way onto the stage.

Pretty turnt up for a school night.