THE UNKNOWN KNOWN directed by Errol Morris. An. 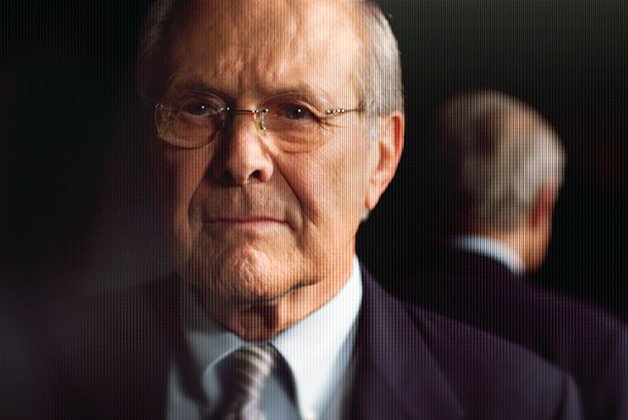 Here his subject is former U.S. secretary of defence Donald Rumsfeld, who presided over the invasions of Afghanistan and Iraq and the establishment of the Guantánamo Bay detention camp. If you’ve ever seen Rumsfeld interviewed, you know how it goes: he evades everything thrown at him with a sort of genial jiu-jitsu, defusing pointed questions by sarcastically repeating them or rejecting their fundamental premises.

Morris is after the same catharsis he pulled out of Robert S. McNamara in The Fog Of War, but the director doesn’t get it. Rumsfeld’s the Don Draper of the George W. Bush administration, so completely committed to his own bullshit that he can’t be swayed from it, even when everything about it proves unworkable.

The result is a frustrating documentary that serves more as a supplement to the work done in Standard Operating Procedure than as a stand-alone feature.