The Value Of Experiments

A quarter-century of Pleasure Dome, and two short years of The Dissolve 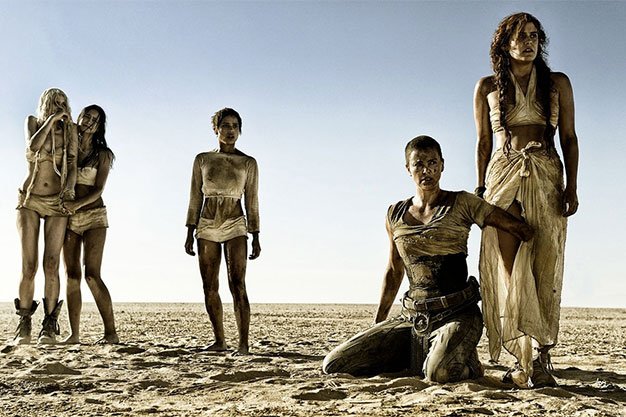 Pitchfork's now defunct The Dissolve will reportedly stay online for the foreseeable future, so fans, and new visitors alike, can still check out the site's impressive content. Including this piece on this year's Mad Max: Fury Road.

I don’t write about Pleasure Dome that often, and that’s on me. Experimental cinema is a challenge to cover, especially when the conventional-feature beat already feels like a 24/7 gig. But for a quarter of a century now, Pleasure Dome has been screening experimental film and video, with a collective of artists dedicated to seek out and exhibit works of art that are genuinely innovative. They do excellent work, and you can find a lot of it online at pdome.org. Also, they have a barbecue every summer.

Pleasure Dome is marking its 25th anniversary season with a free barbecue and open screening tomorrow (Saturday, July 18) at Cinecycle. Dinner will be grilled behind the Cinecycle premises at 129 Spadina Avenue from 6 pm to 7:30 pm, followed by a “non-curated” evening of short film and video works inside.

What does “non-curated” mean? Well, literally that: you bring it, they’ll screen it, so long as the running time is under 10 minutes. Sign-in starts at 6:30 pm, screening slots are first-come first-serve, and most film and video formats are accepted. Full details are at the website. Check it out.

In sad contrast to Pleasure Dome’s quarter-century of success, there’s the sad matter of The Dissolve, the magnificent website which folded late last week just a few days short of its second anniversary.

Launched by Pitchfork Media with a staff poached from The AV Club, The Dissolve was – not to put too fine a point on it – a hell of a thing: a website devoted to long-form film criticism and analysis that approached its subject with depth, breadth and an invaluable sense of humour. Editors Scott Tobias and Keith Phipps tried to cover everything, assigning pieces out to writers across North America, including local friends like Adam Nayman, Tina Hassannia and Calum Marsh. (Other Toronto writers, such as Torontoist’s Angelo Muredda, were frequently included in the site’s daily roundup of essential film writing.)

If you go to The Dissolve, you will still find everything there Pitchfork has reportedly pledged to keep the site online for the foreseeable future, preserving some truly marvelous writing. David Ehrlich’s piece about his personal very response to Me And Earl And The Dying Girl, for instance, or the fantastic Movie Of The Week meditations on everything from Jaws and Back To The Future to Sweet Smell Of Success and All That Heaven Allows. (They never organized links to for each MOTW, as far as I know, but just go to the landing page and start searching I guarantee you’ll find something worth reading.)

Tobias and Phipps weren’t able to bring along the features they developed at the AV Club, but they found new spins on them. Nathan Rabin’s My Year Of Flops morphed into Forgotbusters, which dissected box-office hits that never made it into the cultural canon. The Laser Age series went the other way, placing cult movies of the late 70s and early 80s in the context of their era. And One Year Later revisited films on the anniversary of their release, simultaneously tweaking the instant nostalgia of the Internet and taking the cultural temperature of the very recent past.

In a world of listicles and hot takes, The Dissolve was distinguished by its relative sobriety and general thoughtfulness. The site prized good writing over clickbait agitation, and devoted as much space to a teeny VOD-only release as it did to a studio blockbuster. Tobias and Phipps had faith in their audience’s desire to read, and think, and in the discursive, stimulating comment sections, you could sense a community of readers and thinkers responding to the material, enjoying the chance to chat with one another. (The AV Club’s comment sections are similarly cordial and engaged, if slightly more prone to joke accounts.)

And, yeah, aiming directly at an intelligent, informed readership almost certainly doomed The Dissolve to niche status reading and thinking isn’t what most people want from movie sites in the age of Five Things The Goonies Remake Can’t Do Without and Which Of These Baby-Faced Actors Will Be The New Spider-Man?

But as Tobias and Phipps told Indiewire’s Sam Adams shortly after The Dissolve was shuttered, at least it went out on its own terms. They built the movie site of their dreams, hired good writers and delivered coverage of which anyone would be proud. And if the death of the site makes it seem like things are grim for comprehensive online film criticism … well, projects like The Dissolve spring up out of love. No one writes about film to make a fortune we do it because we can’t help ourselves. Someone else will try again, and soon.

Hope springs eternal, and all that.