The value of Gawking

In August 2009, shortly after first becoming enamoured with Gawker, I published the following post on my now-defunct personal blog,. 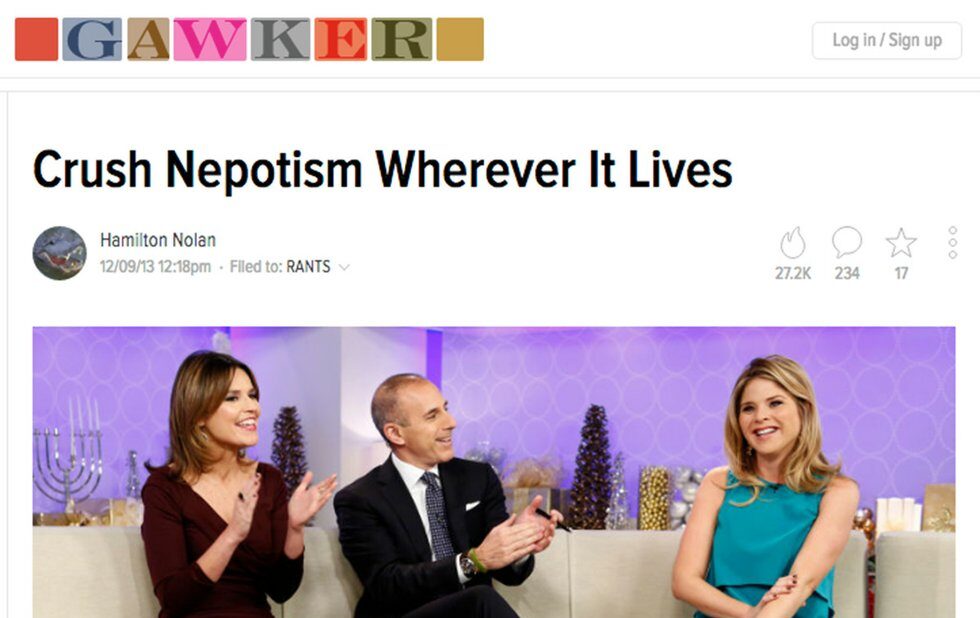 In August 2009, shortly after first becoming enamoured with Gawker, I published the following post on my now-defunct personal blog, Political Suicide.

Now that Gawker has announced it will be closing next week the consequence of a nine-year vendetta by a Silicon Valley billionaire I thought it might be worth sharing again, with just a handful of edits. It very much refers to the circa-2009 incarnation of the site, and the state of Toronto media at the time, but I think the main argument holds up.

I love Gawker. There are few websites that so consistently exhilarate and inspire me.

But I generally forget the actual implication of that statement and thus rarely remember to qualify it. Gawker is first and foremost an outlet that concerns itself with celebrity gossip, an aspect of the site that I conveniently ignore what attracts me is the other kind of celebrity gossip: that which focuses on leaders in media, politics, and business, the people whose decisions and hang-ups and petty squabbles and class and race biases actually shape the structures of our society. We live with the consequences of their personalities whether we like it or not.

Discussing the behind-the-scenes of Hollywood rarely amounts to anything more than empty schadenfreude discussing the behind-the-scenes of Washington, Silicon Valley, and certain segments of New York, on the other hand, amounts to meaningful schadenfreude. In his New York Times evisceration of David Denbys book Snark: It’s Mean, It’s Personal, And It’s Ruining Our Conversation, Spy magazine alum Walter Kirn explains that a certain kind of intelligent, focused derision can be an effective political tool:

Exactly: throwing rocks at the rich and powerful is not only fun, its healthy. You just have to make sure the targets genuinely warrant it, and avoid the trap of asserting the superiority of your own societal bubble just because you have a platform to do so reinforcing your own values and choices is certainly assuring, but chances are that it doesnt really help anyone.

Gawker is at its strongest when it engages in class warfare. I get a rush whenever they utilize the sarcastic term poors (a noun, originating here). I love when they call out the Times on its institutional elitism. I adore their exposes of nepotism. And I feel that a measure of justice has taken place when they republish idiotic memos from management.

But its also useful when it merely provides context: theres a story behind every story behind every business decision behind every bit of political posturing. Something that distinguishes New York from Toronto is that down south those stories are told on Gawker and in other public forums I really shouldnt have to get my media gossip via email or Facebook, Eye Weekly’s Kate Carraway once wrote, and shes right. The comments on some journalists’ Facebook posts have sometimes proven to be livelier discussions than anything going on out in the open.

Theres a bigger picture, and everyone deserves access to it.