The VIP: Talking to Raekwon at his F.I.L.A. Listening Party

“Sometimes people just want to hear straight Wu-Tang style, y’know? Karate this and that. And I’m for that because that’s my heritage but at the same time, I got more to give.” 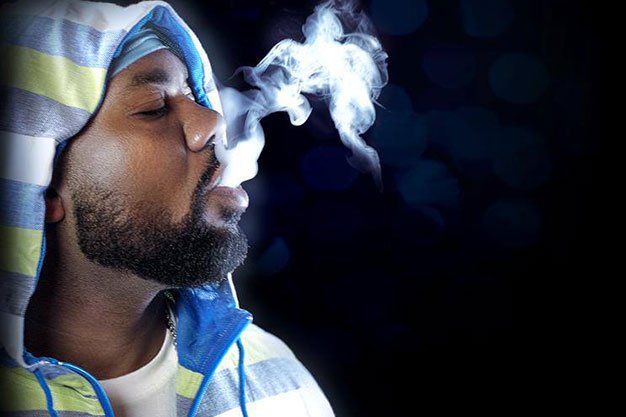 “Everybody in the room is important to me,” Raekwon tells me after I make a joke about feeling particularly special at a Toronto VIP listening party for his new record Fly International Luxurious Art (or F.I.L.A.). “I’m just having a great time with people who represent the culture the way I do.”

There is something classic and quaint about a VIP listening party. It feels like a throwback to when records sold well and were taken more seriously and engaged with by almost everybody, not just the artists who slaved over making them.

When the invite to an “exclusive” VIP listening party and Q&A for F.I.L.A. (Raekwon’s final album under a distro deal with Universal Music), arrived in my inbox, I was a bit surprised that such a music industry event still occurs. I assumed listening parties would be the first thing slashed in a promotional budget after an A&R person explained that the same experience could be replicated via an online album stream or Reddit session or whatever else.

I made my way along Queen Street to the Red Bull Toronto Office. I hadn’t been there since 2008, and I remembered it being really low-key at street level and majestic inside. Sure enough, I reached the non-descript door near Queen and Peter and imagined the VIP splendour on the other side.

The clean, maintained staircase went up forever and a P.A. blasted a Method Man verse somewhere around the first landing. I was early and there wasn’t really anyone around. A DJ was warming up the empty room, and publicists and event planners stopped by to scope me out and offer me a drink.

The Red Bull space is magnificent. It feels like a spaceship or an idealized vision of a young person’s place of work. There are mostly glass-walled rooms and offices and a palpable sense that people put a lot of thought into the flow and vibe. A creative structure for creative, progressive minds. Its appeal for a 45-year-old rapper who needs to stay plugged in to thrive can’t be understated.

It turns out that this party really wasn’t too high on Universal’s promo to-do list for Raekwon’s album. Red Bull agreed to host it and provide some production assistance, but any expenses and refreshments seemed to be covered by various alcoholic beverage companies and Get Melted, a gourmet grilled cheese and medical marijuana lounge that sponsored the event.

After I grab a Coke/cranberry juice hybrid, I’m led upstairs, where I run into Rae’s manager and business partner, Trini. We first met in October when Rae and Ghostface Killah played the Halifax Pop Explosion and I tried in vain to land an interview with both of them. I’m told tonight will be different.

Rae’s on a dinner break. The impression he’s already left with some people I speak to is warm and giving. He’s in a good mood and ready to talk by the time he and I enter a frigid, centralized aquarium-like room for a conversation about the relatively accessible F.I.L.A., a sonic departure for one of the grittiest MCs in all of the Wu-Tang Clan.

“One thing about Wu-Tang, we have some of the most critical fans in the world and we love it,” Rae explains. “We love how our fans feel about our music and the production but, at the same token, some of them can be a little fickle, too, where they may want you to grow but then they don’t want you to grow, y’know?

“My thing is, being the Chef, I always felt my job in the crew was to give you guys flavour,” he adds, referring to one of his common nicknames. “That consists of many different flavours. Sometimes fans might want to hear a particular style and I might be like, ‘Yo, I gave you that style already. Take this.’ I’m still an artist, I’m still a person, so there are things I want to try and get into because that’s the greatest thing about being an artist. You can’t just limit yourself.”

Raekwon stops short of saying Wu-Tang’s early success and monumental debut album, 1993’s Enter The Wu-Tang, is a burden for him in 2015. But he does sound a bit vexed at having to satisfy fan hunger for music he helped make more than 20 years ago.

“Sometimes people just want to hear straight Wu-Tang style, y’know? Karate this and that. And I’m for that because that’s my heritage but at the same time, I got more to give.” His voice cracks a bit at the end of this plea.

The lore around Rae is that he grew up poor in a Staten Island ‘hood and witnessed and heard a lot of dark shit. His dense, intricate rhymes often focus on crime and gangsters. When he became successful, he moved himself out of that volatile environment as soon as he could.

But though he broadened his lyrical palette, he still wrote dark, murderous songs about hustling. His increasing distance from the street-level struggle didn’t water his work down – it just sharpened his ear for a good narrative.

“I mean, I always been a great storyteller,” Rae says. “That was one of my top-tier things I loved to do in rapping is really tell stories. When I was talking about stuff that I was actually around or seen or living through, I was talking that. But then when your life changes, you don’t want to talk about it too much because you’re not doing that no more. But then, it’s still entertainment so some people love you just because you talk like that. We always gonna love that but at the same time, every artist should grow.”

Besides its relative pop production, F.I.L.A. marks Rae’s first foray into luxury rap. In the opening skit, a frustrated customs agent can’t get through to the MC who rattles off high-end brand names and exotic locales nonsensically. It almost sounds like a satire of materialism, but Rae says it’s just an empowering mood he was capturing.

“I’m feeling flashy right now. It’s all about being rich in the mind. It’s me putting myself on the level of the fly-est out there ­– the best of the best. It’s like, you get a haircut, that haircut may change your personality that day. For me to be in a fly international luxury art mentality, it’s nothing but expensive. Just showcasing the stuff that I love.”

As some of us struggle through austerity measures and making enough money to sustain families and pay bills, I ask Rae if he ever worries about coming across as tone deaf to the world at large.

“I rhyme about everything and people want entertainment,” he says. “Whether it’s caught up in materialism or conscious music, people just want a collage. It’s all about what you may want at that time.

“Every artist should be able to take you to the movies,” he continues. “That’s why we call our songs movies sometimes. It became slang for giving you something dope off the street. People gotta understand that it’s entertainment, but you look for certain things from certain people when it’s time. This is what Wu-Tang is all about – we give you all elements, all dynamics. A lot of artists don’t know how to do that.”

This brings us to the mixed and negative reviews that greeted last year’s Wu-Tang album, A Better Tomorrow. During the production of it, Rae had a well-publicized feud with Wu-Tang leader RZA about his direction and lack of vision for the Clan over the past few years. Now, Rae says A Better Tomorrow suffered by being made in a piecemeal fashion without collective power and input from every member. He says the whole crew now agrees that it wasn’t their best effort.

Raekwon says another Wu-Tang Clan classic can happen under the right circumstances.

“Definitely brothers would have to come in a room and really take times out of their lives and schedules and say, ‘Y’know what, if we gonna do this, we gonna get together this amount of days and go out and get what we all feel collectively is the truth, is the shit and not just work off of one man’s mindframe or what he may like.’

“When I make my music, it ain’t just about what I like. Once we able to get past that hysteria of egos, we can just come in a room and say, ‘Yo, we gonna do this right,’ and I guarantee you, you get a masterpiece.

“I’m hoping like you, man, but you dealing with grown men who got their own ways and how they do things,” he says. “You gotta remember, we gave you guys two decades of togetherness. Nothing’s gonna last together, even though we may try hard with everything in our power. When it ain’t built with the proper utensils and measurements, you’re not necessarily gonna make a great meal.”

The Chef and I end things there. I wander downstairs, socialize and sample some Get Melted grilled cheese. F.I.L.A tracks are beginning to make it into the mix and, while I was initially unimpressed with the record when it came out in April, I find myself struck by a couple of successive songs as they blast through a room full of people.

Trini eventually takes a seat on a couch and grabs a mic to thank all of us for coming out, praises the event’s sponsors, and announces that he’ll be conducting a Q&A with Rae. About 100 people are now present, a mix of fans and industry people and musicians. Trini and Rae have an interesting conversation about F.I.L.A., their close connection to Toronto (which Rae has made something of a second home since 2012), and plans to release a documentary about the Chef’s landmark 1995 solo album, Only Built 4 Cuban Linx…

About 40 or 50 of us surround them to listen intently, while other VIPs in the back talk loudly during the interview. I’m struck by what a drag this Music Shitty disrespect really is. Sure, it’s a party, but so many Wu fans would love this opportunity to be so close to one of their heroes and hang on to his every word.

Even the promise of exclusive access failed to impress many in the room. Some left once the Q&A was done. For his part, Rae spoke with a few fans before vanishing back upstairs and re-entering his glass-walled green room.

Maybe I’m taking things too personally on behalf of the well-seasoned Chef. I think back to his comment about loving even his fickle fans but also his appreciation for this listening party and what it represents.

“I been in the game almost 23 years,” he told me. “To be able to still be reckoned with and still get out there and give people a great album, I think that deserves to be dealt with in that way tonight.”