The less you know, the more you'll enjoy it 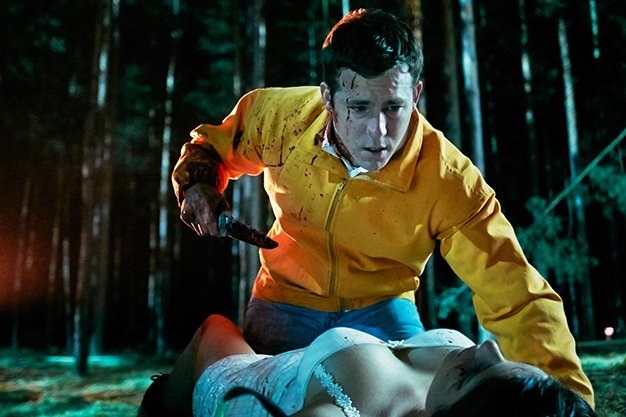 Small-town factory worker Jerry (Ryan Reynolds) tries to be a pleasant fellow and model employee, but darn his luck, his cat keeps telling him to kill people.

It’s best not to know anything more about The Voices, which goes to some very dark places as Jerry’s interactions with his co-workers (Gemma Arterton, Anna Kendrick) and his psychiatrist (Jacki Weaver) grow increasingly strained.

Months after its TIFF premiere, I’m still not sure if The Voices is a triumph on purpose or by accident, but however it happened, it’s still a triumph. Director Marjane Satrapi and screenwriter Michael R. Perry show their cards a hair too early, but that just proves how otherwise perfectly calibrated their movie is.

Reynolds is fantastic as the deeply confused protagonist, while Arterton and Kendrick do some very subtle work in the margins. Don’t read anything more. Just see it.