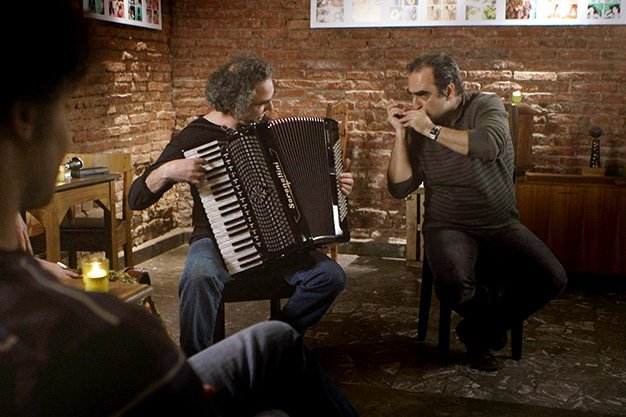 Eleven musicians deliver sound bites and briefly discuss how and why they connect with their Jewish identity through music. Each musician has an average of eight minutes of screen time to talk and sing, but few pique our interest or even scratch the surface when it comes to cultural introspection.

The subject would have been better served by a more in-depth focus on a few eloquent talents, but writer/director Tamás Wormser favours collecting passport stamps instead on his superficial tour. Tellingly, the most common visual motif is airplanes, nodding to how far the Jewish diaspora (and the filmmaker) has travelled.

This doc builds a catalogue that’s just boring, but also reductive to both art and culture. Only occasionally does the music rise above it all.