The Way, Way Back

The art of looking back 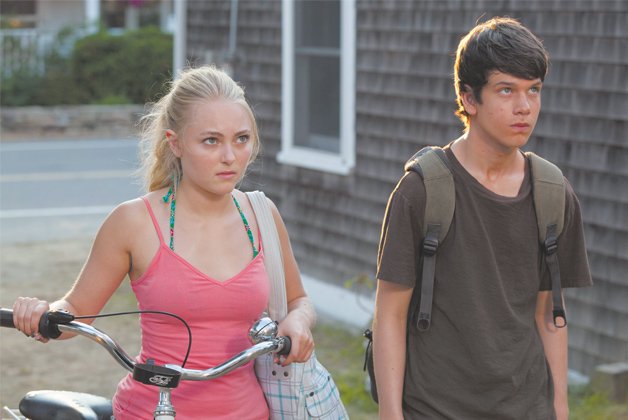 A month after The Kings Of Summer, here’s another richly textured coming-of-age picture. This one’s from Jim Rash and Nat Faxon, who won an Oscar for co-writing The Descendants and now make a finely tuned debut as writer/directors.

Liam James stars as Duncan, a 14-year-old kid dragged to a cottage for the summer by his distracted mother (Toni Collette) and her new boyfriend (Steve Carell), who’s kind of a dick. When Duncan ditches them to hang out at a nearby water park, he’s befriended by the manager (Sam Rockwell), who’s a bit of an overgrown kid himself.

Faxon and Rash let us see a superstructure of adult relationships to which Duncan isn’t entirely privy, so we understand their interactions in a way Duncan can’t. Carell and Rockwell are particularly good at revealing the ways in which their characters haven’t fully grown up, and Allison Janney outdoes them both as an unapologetically boozy neighbour.

There’s a too obvious subplot pairing Duncan with the girl next door (AnnaSophia Robb), but even that pays off gracefully. Don’t wait for the DVD.