The wealth gap is worse than you think 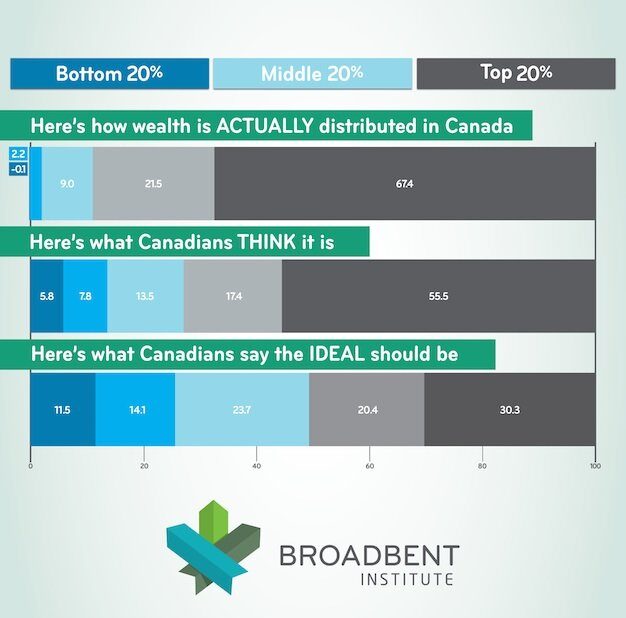 A new video by the Broadbent Institute shows that Canadians would be surprised at how big the gap really is between the rich and poor in this country.

“Canada is much more unequal than Canadians think it is and a far cry from what they think it should be. That holds true for people of all political stripes, including Conservative voters,” said Rick Smith, executive director of the Broadbent Institute, in a press release.

From a survey of 3,000 people, the results show Canadians believe the richest 20 per cent in Canada own 10 times the wealth of the poorest 20 per cent, and although that’s a wide gap, they also believe there’s a sizeable middle class and a small segment of the poor owns a small share.

According to the Broadbent Institute, the reality is much worse, with the richest 20 per cent owning 67.4 per cent of all wealth. The poorest 20 per cent do not control any wealth at all.

More findings from the report can be found here.