The Wedding Party gives us reason to celebrate

THE WEDDING PARTY by Kristen Thomson (Crows Theatre/Talk Is Free Theatre). At the Streetcar Crowsnest (345 Carlaw). Runs to February. 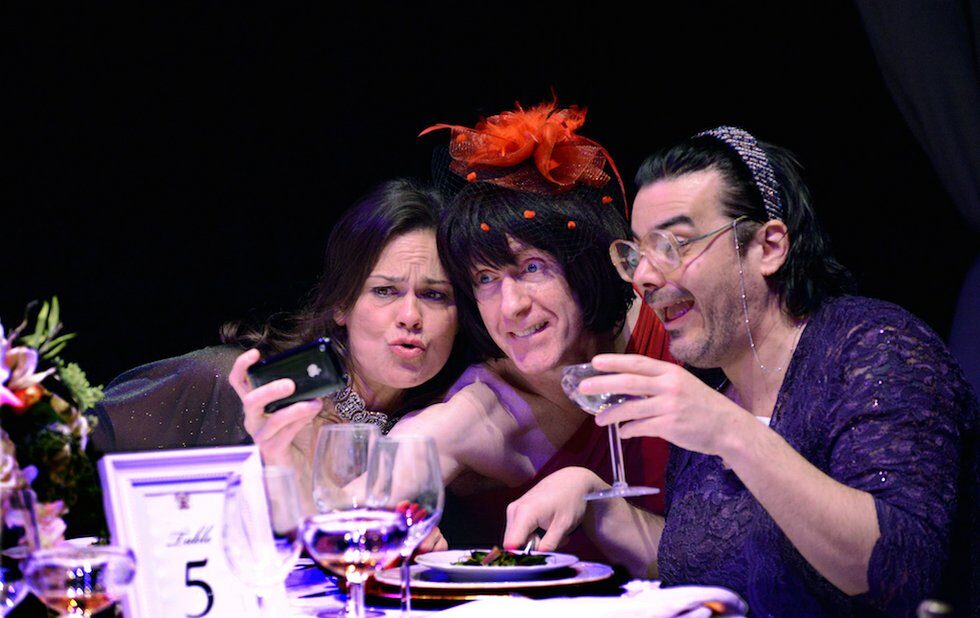 Talk about irony. For the successful opening of Streetcar Crowsnest, the new permanent home of Crows Theatre at Dundas and Carlaw, Chris Abraham directs a hilarious new comedy about a massive celebration that goes completely off the rails.

Developed by Kristen Thomson through improv sessions with five other actors, The Wedding Party explores tensions within and between two families a wealthy one from Toronto and a blue-collar one from Hamilton that come together for the first time for the hastily planned nuptials.

One of many great running gags is that we never see the newlyweds. Instead, the awkward and explosive action centres on two of their parents: father of the groom Jack Sr. (Tom Rooney), a rich, self-centered business magnate who has meticulously planned all aspects of the extravagant party to serve his tremendous ego, and mother of the bride Maddie (Thomson), a former circus performer who just wants a moment to make a short speech about her daughter.

However, the most consequential is Tony, Jack Sr.s estranged identical twin and the catalyst for some brilliant mistaken identity fare.

All of this primes us to witness the epic meltdown the hottest of hot messes that takes place during the lavish dinner in the second half.

Abraham does a fantastic job managing the tight timing of all those costume changes, and keeps the heavy themes and unfolding disaster squarely in comic territory. Though Thomsons exploration of the power of ritual to make and unmake relationships does at times get touching and intriguing, the show is all about laugh-inducing performances (especially by Thomson and Rooney) and some superb schadenfreude.

The new multi-million-dollar Crowsnest occupies the ground floor of a condo tower on the northeast corner of Dundas and Carlaw. The lobby features an easily accessible coat check, a full bar with a small stage and bench seating, and access points to the facilitys three primary event spaces: the 220-seat Guloien Theatre (essentially a giant cube with movable seating and super-high ceilings), the 90-seat Scotiabank Community Studio, which will host late-night music, comedy and spoken-word, and coming soon, a yet-to-be-named 65-seat brasserie-style restaurant that in the summer will expand onto a street-side patio.

Thats a lot to crow about!