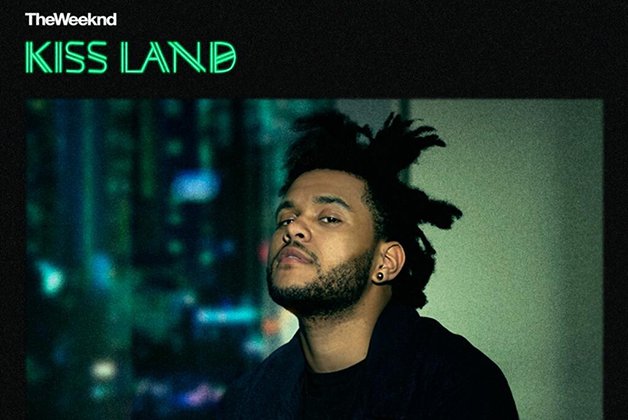 There is no album more anticipated in Canadian music than the Weeknd’s. Drake’s has all the buzz in the world, sure. But Drake is now an established superstar, his place as cemented as can be in popular music.

But there are those waiting to see if the enigmatic Toronto figure the Weekend – aka Abel Tesfaye – has what it takes to go the distance. And go the distance he does with this studio debut: Kiss Land is a mere 10 tracks, but each is teased out and milked dry.

On Love In The Sky, Tesfaye laments that he’s “always in a rush, ain’t no time to fuck slow.” Kiss Land, then, must be his delayed orgasm.

At the very least, it feels like he’s savoring every bar, holding on for dear life. Songs bleed into each other so that it’s tricky to tell, for example, where Adaptation’s laments stop and the electric guitar of Love In The Sky starts.

No longer as shocking as when we first heard him as a teenager, Tesfaye’s songwriting continues to be precociously mature – whether playing with multiple meanings of the word “professional” on the opener, or waxing on the seven-and-a-half minute confessional title track. He’s not just singing about the trappings of celebrity, he’s analyzing his own sometimes-bad behavior, which he simultaneously loathes and unapologetically repeats. (He’s the kind of guy who spends a lot of time in his own head, and Kiss Land gives us a glimpse into it, almost making up for his dearth of media participation.)

Kiss Land is slightly more polished, but it is no happier than its predecessor, the despair-heavy, drug-fuelled trilogy from 2011: House of Balloons, Thursday and Echoes Of Silence. With sharp, clear-headed production cutting through the fog, the disc is peppered with new and interesting details, like the background chants on the track Adaptation, a few instances of thunder and rain, and a Drake verse on Live For.

On the whole, it blends big strings with sporadic beats and a fair amount of 80s-channelling electronica. Still, Tesfaye hasn’t compromised his unique coming-down sound: there’s nothing you’ll hear blasting at a dance-party, though the fantastic Wanderlust comes close – a song that belongs on a playlist with Drake’s latest, Hold On We’re Going Home.

So Kiss Land is proof for the unconvinced: the Weeknd is a star whether he wants to be or not. And his voice. Oh, that delicious falsetto. Even seven-and-a-half minutes isn’t long enough.