The Weeknd’s 80s-cribbing Starboy goes from bright to bland 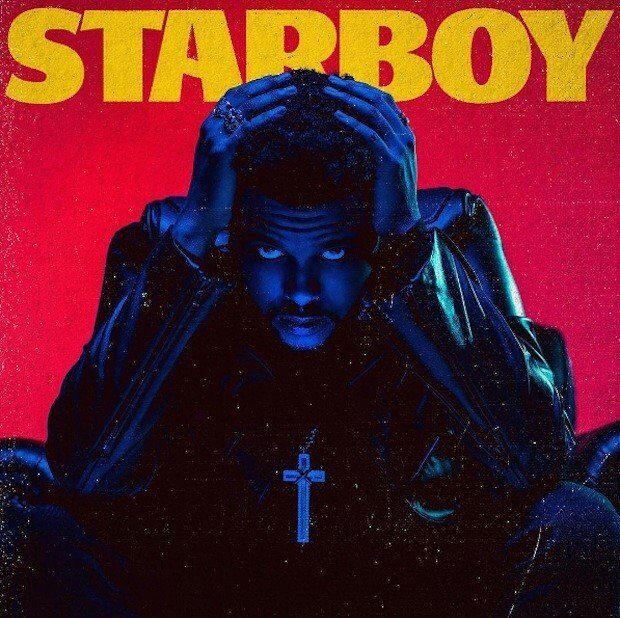 It’s easy to imagine a mood board on the studio wall listing various 80s influences for the Weeknd’s third studio album: the Stranger Things soundtrack, Tron, Tears for Fears. A gleaming neon retro-futuristic streak has run through the Toronto pop star’s music since 2013’s Kiss Land, and Abel Tesfaye brings that approach to the fore on Starboy, his most sonically cohesive album since the Trilogy era.

The atmosphere of nocturnal menace and hip-hop bravado so integral to his sound are present, but smoothed over by bright, striving melodies that temper the nihilistic tendencies with the upbeat/melancholy dichotomy that has served mainstream pop so well since ABBA.

Last year’s Beauty Behind The Madness made Tesfaye a bona fide superstar, and Starboy opens with a cocky acknowledgement of this fact on the Daft Punk-produced title track: “I’m a motherfuckin’ star, boy.” The reclusive French duo’s presence on the opening and closing tracks, along with the long list of producers and other A-list guests (including Lana Del Rey and Kendrick Lamar), further back up the claim.

The song Starboy is an earworm that doesn’t quite wow at the level of the Weeknd or Daft Punk’s best, but it effec­tively sets up the album’s retro themes, which play out not only in production choices but in lyrics and melodies.

Airy pop anthem Secrets sounds like something from Fleetwood Mac’s Tango In The Night sessions and interpolates both Tears for Fears’ Pale Shelter and the Romantics’ Talking In Your Sleep. Just when the 80s cribbing seems like overkill, along comes True Colors, an R&B slow burner that shares only its title with Cyndi Lauper’s signature song.

Blunt-force pop singles include the Max Martin-produced Rockin, with its wobbly club beat and falsetto chorus, and the shouty banger False Alarm. They deliver solid hooks, but are ultimately more generic than gratifying. A dusty guitar riff jerks Starboy back to earth on Sidewalks, a boastful come-up track that includes intense Kendrick verbiage and some impressive vocal acrobatics from Tesfaye at the end.

Starboy is expertly sequenced and subtly blends modern hip-hop rhythms and attitude with 70s/80s pop aesthetics – plus the odd 90s R&B riff – into tight pop songs. It revels less in the tempo changes and anti-pop digressions that have marked Tesfaye’s work right up to Beauty. There are songs about partying, but clearly the drugs have worn off. Everything feels tighter, brighter and more comfortable than past albums – but oddly also more drawn out.

At 18 tracks, Starboy delivers some pop gems, but its last third falters with a string of schmaltzy ballads eventually rescued by the Daft Punk-assisted closer, an enjoyable bit of retro lite-funk that wouldn’t have sounded out of place on Random Access Memories.

Weirdly, Tesfaye barely appears on Starboy’s most interesting (and dirtiest) moment. Sung by a scene-stealing Del Rey, Stargirl Interlude has only one verse but it’s vivid in its simplicity, suggesting a wild scenario in only a few well-chosen lines (“Scratching counter tops, I was screaming”). It’s intimate, eerie and leaves you wanting more.

It’s also atmospheric in ways that the rest of Starboy, with its pitch-perfect pop and rote star-crossed-lover balladry, seems to resist. Stargirl Interlude is a bold but appropriate inclusion that suggests a portal to a dimension closer to the kind of messy, uncertain world the Starboy seems to have left behind.

The Weeknd plays the Air Canada Centre on May 26. See listing.