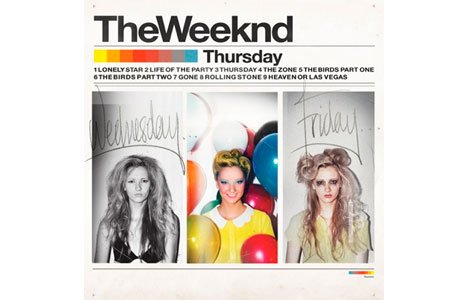 I’ve been trying very hard to not get my hopes up too high about the Weeknd. After those first YouTube videos, how could the debut album live up to the hype? House Of Balloons ended up effortlessly meeting our high expectations. But there was no way the mysterious Toronto stoner/R&B sensation could match the anticipation for his first live show, right? Except he turned in a debut gig that was one of the craziest ever. Even with this track record, I approached his second full-length album in five months with cautious optimism. And what do you know? Abel Tesfaye’s unprecedented winning streak continues.

Everything you loved about the dark, woozy grooves of his debut is here, but bigger and deeper. Somehow, his debauched tales of sex and drugs drip with emotionally wrenching regret instead of shallow bravado, and they’re as addictive as the powders and pills that fill his lyrics. It’s not quite perfect: his voice is the star of the show but is occasionally buried under the clever beats and production. But that’s a small complaint about someone who’s looking more and more like one of the most exciting artists to emerge this year.