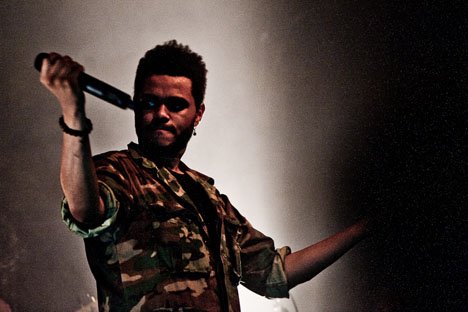 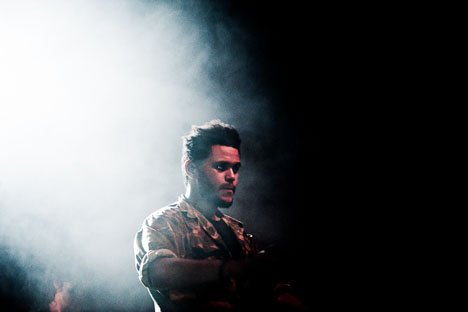 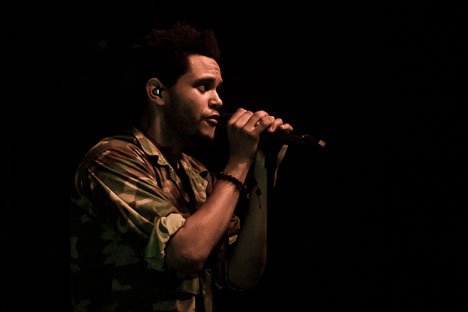 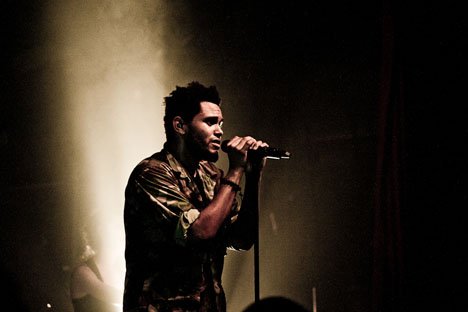 THE WEEKND at The Mod Club, Sunday, July 24. Rating: NNNNN

Canadians have a reputation for neglecting their homegrown musical talents until after the American pop culture machine has given its thumbs up. If the hundreds of fans lined-up along College Street outside The Mod Club on Sunday night to attend the coming out party for reclusive R&B artist The Weeknd is any indication, Toronto is driving the hype hard on this one.

Although the buzz surrounding The Weeknd, a.k.a. Abel Tesfaye, was built entirely online after the release of his Polaris Prize-short listed debut album House Of Balloons in March, the vibe surrounding this much-anticipated gig had a frenzied throwback exclusivity about it the official flyer proclaimed “no guest list, no cameras, no media” tickets could only be purchased in-person at a shoe store downtown a week earlier and sold out immediately.

Outside the venue hours before show time, posters of The Weeknd’s “XO” logo were plastered on utility poles along the street the ticketless trolled the block offering $200 a pop and rumours – apparently originating from the ladies room at a nearby Tim Hortons – spread through the line that the 600-capacity venue was oversold by 300 tickets. Impeccably manscaped R&B-pop star Massari slipped past the mob at the non-existent guestlist entrance and tweeted, “The man is a legend in the making. Even Puffys People are in the Green Room with us lol amazing!!”

Inside the club, the ecstatic mood on the floor was reflected by the beaming presence of rapper Drake on a balcony above. When The Mod Club’s red curtains finally parted to reveal Tesfaye standing centre stage clad in a bulky camo jacket, the room erupted in rapturous applause. A coy smile crept across his face as he drank in a long-awaited moment of mutual adoration.

So, who is that man behind the curtain? Tesfaye didn’t exactly spill any secrets but did something even better: he delivered on his own hype.

Any question that House Of Balloons’ woozy, lustful atmospherics should be chalked up to slick studio wizardry vanished when The Weeknd and his three-piece band launched into High For This, the album’s soaring opener. Tesfaye sent his falsetto sailing over a slow-building militaristic beat, crashing dramatically into a guitar riff and dark, bristling bassline. The audience sang a long to every aching word – as they would for the other eight songs on House Of Balloons.

Brought to life by a guitarist, bassist/keyboard player and drummer, the album’s druggy beat structures translated seamlessly live. The band filled the songs with dark, menacing energy but took few chances with the arrangements. There were exceptions, however. Coming Down was stripped of its sputtering beat and performed with minimal keyboard and guitar accompaniment as the crowd turned the blissed-out tune into an unlikely call and response number.

Post-Balloons song Rolling Stone became a full-fledged acoustic guitar ballad. Tesfaye clutched the mic intently with two hands and shut his eyes tightly as he unleashed a series of pleading wails. “I hope I’m not different,” he sang as the crowd held lighters in the air. The band really cut loose on set closer The Knowing as Tesfaye went full-throttle and the guitarist rocked out on a bluesy solo.

Vocally Tesfaye was in top form. An impassioned, unpredictable singer, he’ll belt one out, quiver-quaver in his boyish cadence and suddenly trail off. His stage presence is a bit tense and buttoned up but occasionally playful. When a backward Aaliyah sample introduced the cocky What You Need, he did a little twirl and then quickly locked in to a focused gaze, pointed his finger intently in the air as he repeated the chorus, “He’s what you want/I’m what you need.”

House Of Balloons is brimming with lyrical machismo and he delivered the lines with requisite swagger, though he couldn’t resist grinning between songs – he knew he was killing it and so did the crowd.

Naturally, he kept the banter to a minimum. “You guys are my number one fans,” was a typical remark. “It’s unbelievable.” When the concert ended roughly an hour-and-a-half later, not much more was known about The Weeknd except that he’d pulled off one of the most remarkable debuts in the city’s recent history.