The Wild Life is pretty tame

Animated flick floats by on flat characters and predictable gags 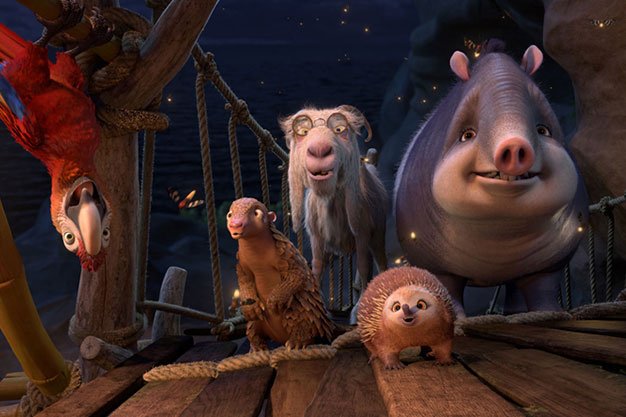 I can’t say whether the European animators behind The Wild Life were drawn to reimagining Robinson Crusoe because of today’s refugee crisis.

The analogy is right there, hard-wired into the story, which adopts the local animals’ suspicious perspective when the desperate young shipwrecked Crusoe (voiced by Yuri Lowenthal) crashes their quaint paradise. Curious parrot Mak (David Howard) leads the ice-breaking by lending Crusoe a feather, helping him settle in while enjoying the cultural contributions the peculiar human has to offer.

Its contemporary relevance doesn’t make this movie any more interesting. It just floats by on flat characters and predictable gags, a functional distraction for kids who are bound to forget it as soon as they hit the next episode of Dora The Explorer.

There’s a villainous pair of creepy, mangy cats (voiced by Debi Tinsley and Jeff Doucette) whose unsettling presence occasionally shocks the movie to life. They wait to attack from a separate island, producing a litter for their army. That climactic throwdown is where the animators show their 3D skills, dynamically moving in and around caves, trees and Crusoe’s complex plumbing network to dazzling ­effect.