The Wilderness Of Manitoba – Between Colours 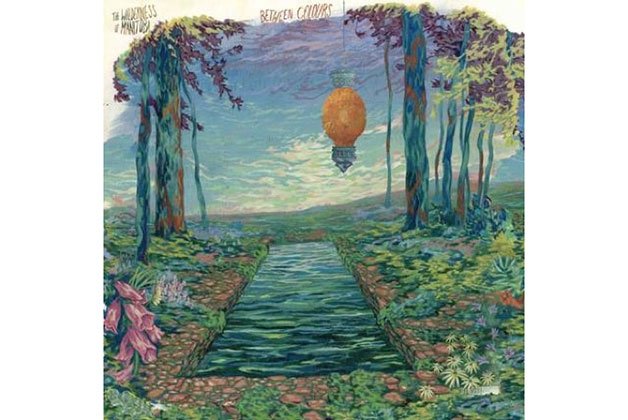 If you were familiar with local act the Wilderness of Manitoba from their earlier dreamy folk incarnation, you might be a tad surprised by the group’s latest effort, which makes its more rockist intentions clear right from synth-bolstered lead track Big Skies.

Guitarist/keyboardist/lead vocalist Will Whitwham is the sole remaining member from the original lineup, now joined by co-vocalist and violinist Amanda Balsys and bassist Wes McClintock in a lean trio that focuses more on rhythm and texture than on the Fleet Foxes-style harmonies that dominated the band’s previous work. The more upbeat sound – Rush’s Alex Lifeson even throws down one of his trademark searing guitar solos on Shift – suits TWoM’s evolution, but harmonies remain their strong suit: the songs featuring Whitwham’s soft croon paired with Balsys’s lilt work best, like lead single Leave Someone, with its hummable chorus. The placid vocal approach doesn’t always match the new sound, however, the Balsys-fronted tunes evoking 90s-era Lilith folk-rock.