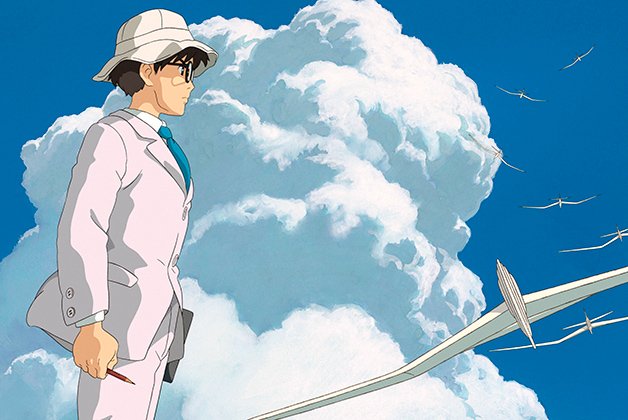 Japanese animator Hayao Miyazaki has suggested that The Wind Rises, a partially fictionalized account of the life of aviation engineer Jiro Horikoshi, may be his swan song. If that ends up being the case, the Studio Ghibli legend behind Spirited Away and Howl’s Moving Castle is going out on a note that’s both ambitious and graceful.

Steering away from the child-friendly fantasies we’re accustomed to, The Wind Rises – nominated for a best-animated-feature Oscar – is an adult-oriented historical drama with a classical sweep that recalls David Lean’s epics. Think of it as Miyazaki’s Doctor Zhivago.

The animator finds a kindred spirit of sorts in Jiro, a WWII-era engineer who designed planes. Like Miyazaki, he employs technology to realize artistic dreams. But he also lives with the bitter understanding that what he builds will be used for destruction. His designs were integral to the A6Ms that bombed Pearl Harbor.

The film draws to a close before that fateful event, but its legacy hangs over the story like a dark cloud as Jiro navigates his way through school, the Great Depression and an industrial competition with the West. A sly and telling bit of artistic licence also has death casting a shadow over Jiro’s love life.

The version hitting theatres is dubbed by Hollywood actors like Joseph Gordon-Levitt and Emily Blunt. Although the translation may be off-putting at times, viewing the film without subtitles lets us soak up Miyazaki’s beautiful, expressionistic, hand-drawn designs.