Word On The Street imagines Toronto of the future

Sponsored feature: Word On The Street 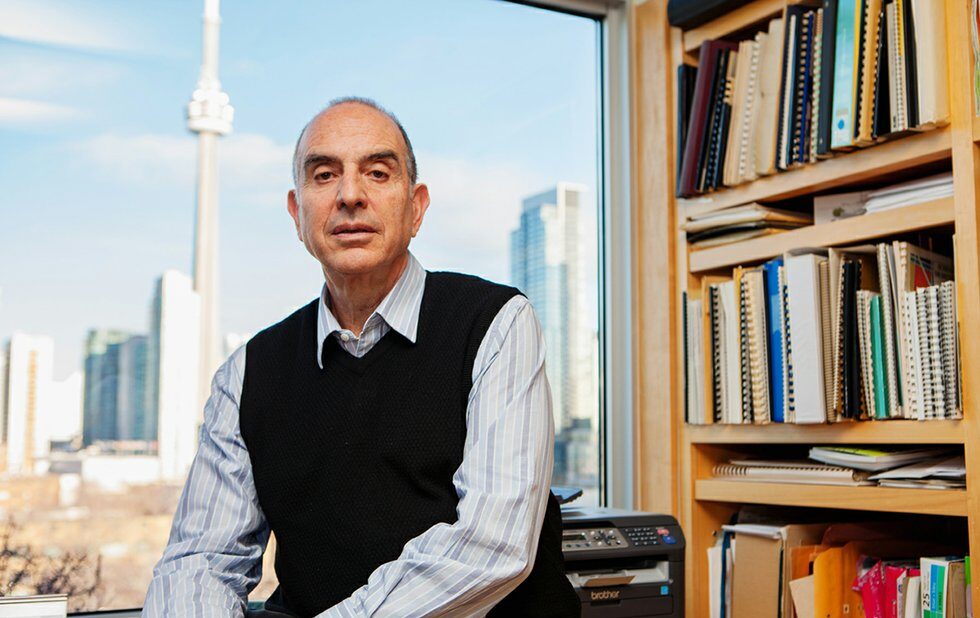 Toronto is changing like never before. The city is in a period of constant evolution as the core – and more importantly the people in it – are remade by the day.

For some, that’s created angst – a worry that the many sprouting condos will squeeze them out. But for Ken Greenberg, it’s a point of optimism and pride.

“There’s a quality that Toronto has which is quite unique, that makes it an outlier and comes with an enormous responsibility,” says the urban designer and author, whose new book Toronto Reborn: Design Success And Challenges looks at how the city can build an ideal future through design. Greenberg will deliver the inaugural The City Imagines keynote at The Word On The Street at the Concert Hall on Tuesday, September 17.

There, he’ll ask the question: how can Torontonians build an inclusive, creative city for the 21st century?

“We have become the most diverse city on the planet, and that’s happening at time when much of the world seems to be choking on difference, reverting to a kind of nativist tribalism and paranoia,” he says. “Not Toronto. It’s way beyond tolerance. We actually see our diversity as something we’re extremely proud of, despite people like Maxime Bernier trying to create an anti-immigrant backlash. The fact we’re repudiating that kind of nationalism I think says a great deal about who we are. And it’s reshaping the city in extraordinary ways.”

Greenberg says each of the panelists represents a different aspect of a critical theme in his book: the idea of arts and culture staking out territory in the city and leading its evolution. “We’re constantly exploring what it means to be human in this city, pointing to uncharted territory,” he says. “That’s tied up in notions of creativity and inclusion, enlarging our relationships with each other.”

It’s an ideal time for The Word On The Street, which will mark its 30th anniversary with two days of events at Harbourfront Centre, to be celebrating the idea. Saturday, September 21 will feature conversations in partnership with the TPL and Diaspora Dialogues, followed by the annual festival marketplace on Sunday, September 22. With booths selling books and a variety of talks from both literary heroes and upstart innovators, the city is not just a backdrop to the festival – it’s a very real part of its identity.

“The name says it all – ‘on the Street’,” says Greenberg, comparing it to other events like Luminato, Nuit Blanche and the countless “taste of” street festivals that proliferate through the summer. “It’s not some institution removed from public life. It goes back to millennial traditions of how people use public space and share ideas. It’s not just happening online, it’s happening in real-time, face to face, talking to each other.”

The Word On The Street is also looking at its future and how to embrace new avenues of storytelling and technology while remaining accessible and inclusive. While many authors, like Cory Doctorow, have been attending loyally for 30 years, there’s also space for newer voices of CanLit future, which is shedding its institutional reputation to bring more queer, Indigenous and culturally diverse voices into the tent at this year’s event.

“I always loved attending, as a reader, before I was published,” reminisces poet and novelist Zoe Whittall. “I remember visiting the House of Anansi booth and saying to a friend that it would be a dream to be published by them, and when they bought my second novel [Holding Still For as Long as Possible] I was thrilled. Reading and writing is so solitary that it’s always a great reminder that there is a community of readers out there.”

She says CanLit still has a ways to go to catch up with American publishing, but she can feel the shift.

“I have observed the literary establishment finally engaging critically with queer and trans texts, and allowing our work to be published and celebrated alongside straight and cis literary works and that’s entirely new,” she says.

That’s the thing about The Word On The Street, as with the city it takes place in – it’s not static. It shifts with its people.