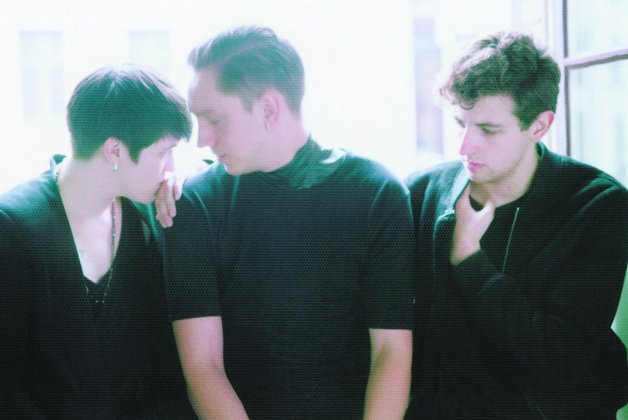 The xx are hard to miss. The day before their show at the Phoenix this summer, members Oliver Sim, Romy Madley Croft and Jamie Smith are gathered in the Hotel le Germain to talk up their sophomore album, Coexist, to the press. Their publicist has divvied them up and assigned each to a conga line of reporters. Draped dramatically in head-to-toe black, they stick out in the hotel’s sunny resto lounge like goth kids on the beach.

Sim, the English band’s 6-foot-plus co-singer and bassist, greets NOW in the lobby with a firm handshake and warm smile. He’s affable and relaxed, in contrast to the rep he’s earned as an intensely brooding performer during the two and a half years the band spent touring their Mercury Prize-winning 2009 debut album.

“It really doesn’t affect my day-to-day life. I don’t get stalked,” says Sim, 23, of the band’s rising profile. “But if I’m with Jamie and Romy, we kind of look like a walking press photo.”

Coexist builds incrementally on the spare sound the London-based trio established on their debut, pairing hushed vocals and delicate, chiming guitars with languid rhythms, steel pan and gentle dance beats. The lyrics remain full of desire, yearning and heartache, but this time Madley Croft and Sim deliver their lilting melodies with added confidence.

“I’ve still got a long way to go. This doesn’t come naturally to me,” Sim says about performing. “In the past, my love was just writing and being in the studio, and playing live was something we had to do. But now I really enjoy it.”

When they returned home from touring in 2010, Smith became one of the UK’s most respected producers, working on projects for Gil Scott-Heron, Adele and Drake, while Sim focused on writing songs. Within a week he wrote Missing and sent it to Madley Croft, which sparked a back-and-forth exchange over email, much the same way the duo wrote their first album as teenagers. Soon, they were songwriting face to face.

“It was alien to me,” recalls Sim. “I saw what we did as collage. We’re not a conventional male-female duo. We both sing our words to separate people, so it didn’t matter if there was disjointedness. But it was good writing together. It was gratifying.”

Within half an hour they’d written two of his favourite songs on Coexist, Our Song and Unfold, the first xx song on which he sings about and to Madley Croft, his lifelong friend.

“I don’t mind explaining Unfold, to a degree,” he says, briefly breaking the band’s ban on lyric exposition. “I’m singing to Romy because that was the first song we’d written together, and it meant something to me being able to do that. It came so naturally. I think it’s going to change the way we write in the future.”

Sim refuses to elaborate on other lyrics, hoping listeners will hear their lives in the songs the same way he’s heard his own reflected in songs like Everything But the Girl’s On My Mind and Lauryn Hill’s Ex-Factor.

“I go in stages with Ex-Factor, where I listen to it non-stop for a month and then I have to give myself a six-month break before starting again,” he says. “It always gets me.”

He’s drawn to songs that are simple in delivery but complex emotionally – a contrast the xx kept in mind while making Coexist. Their typically restrained foray into dance music on tracks like Reunion and Swept Away, for example, was partly inspired by Sim’s favourite xx cover: dance group Hercules and Love Affair’s tech-house reworking of Shelter.

“Something I really enjoy is the juxtaposition that happens in disco between really heartbreaking songs you can dance to and then take home, listen to again and realize they’re kind of sad,” he says. “It was nice to realize that songs can exist in two different places.”

Oliver Sim shares his thoughts on Shakira’s cover of The xx song Islands:

Oliver Sim explains why he’s particularly proud of his lyrics on the song Fiction: