>>> The Yes Men Are Revolting 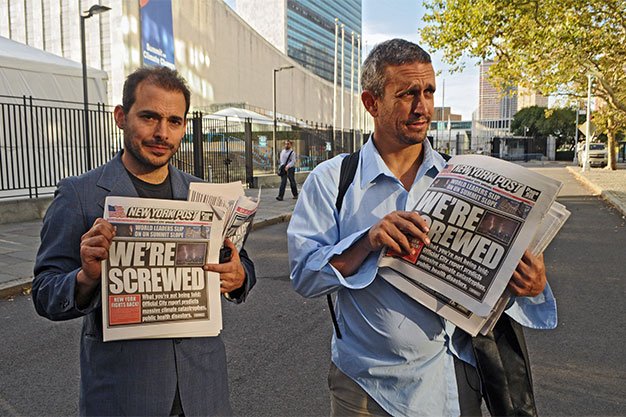 This documentary by Laura Nix, in collaboration with her subjects, Yes Men Andy Bichlbaum and Mike Bonanno, tracks the intrepid activists as they do various batshit and often risky things to call attention to environmental and economic issues.

Sometimes that involves sending ludicrously costumed protesters dressed in silly plastic bubbles out into the ocean only to be arrested by the Coast Guard, or impersonating a representative of the Chamber of Commerce and getting sued for their efforts. At the Occupy protests, they pretend to be police officers and stockbrokers supporting the movement.

Theyre extremely successful professional attention-seekers. More often than not, media fall for their hoaxes, much to their cackling delight.

Not every action is successful one using a fake polar bear is a spectacular failure and the doc does deal with some tough interpersonal issues between Bonanno and Bichlbaum.

But for the most part it revels in the Yes Mens chutzpah.