The Young And Prodigious T.S. Spivet 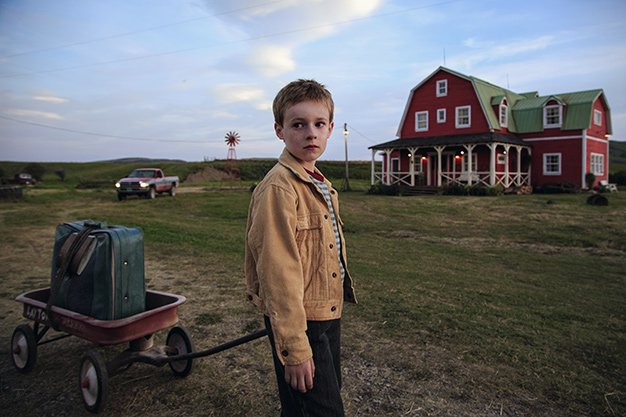 Kyle Catlett's T.S. Spivet takes you on a tedious trip.

Kyle Catlett's T.S. Spivet takes you on a tedious trip.

This film has been knocking around the release calendar for a couple of years now, and you can’t really blame its distributor for not knowing what to do with it. Jean-Pierre Jeunet‘s second English-language production (after Alien Resurrection) arrives wearing the skin of a children’s film, but its heart lies elsewhere.

The Young And Prodigious T.S. Spivet (and Christ, what an awful title) presents itself as a whimsical fable about the eponymous lad (Kyle Catlett), a precocious young scientist who journeys from his family’s ranch in Montana to the Smithsonian to accept an award for inventing a perpetual motion machine, having fanciful adventures along the way.

As with Jeunet’s delightful Amélie, our hero’s reality is slightly exaggerated and stylized – which explains the performances of Callum Keith Rennie and Helena Bonham Carter as T.S.’s parents, a cowboy and a biologist – but this one overreaches by folding in a subplot about the recent death of T.S.’s twin brother (Jakob Davies) in a rifle accident.

It’s clear that T.S. is throwing himself into this trip in order to escape his grief, but Jeunet never finds a matching aesthetic, shooting in an over-saturated 3D palette and doubling down on forced Americana, although most of the film was shot in BC and Alberta. It just doesn’t work.