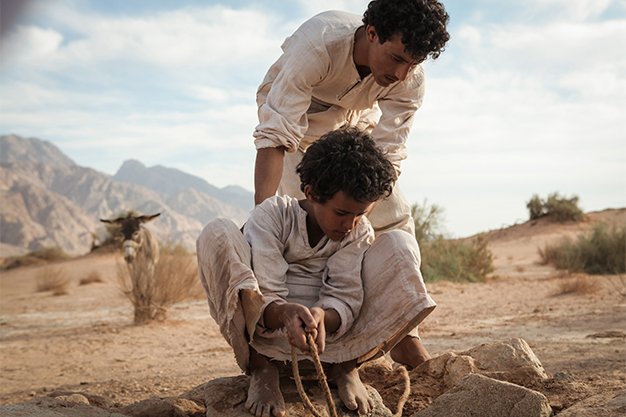 This co-production from the UK and three Arab countries impeccably captures a historical moment the impact of the railroad on traditional Bedouin societies in 1916 but its the powerful emotions that drive it.

Two brothers, the boy Theeb (Jacir Eid Al-Hwietat) and older Hussein (Hussein Salameh Al-Sweilhiyeen), are on a mission to escort a British soldier and his guide through the desert to a secret destination with tragic results, forcing Theeb to make some life-changing decisions.

Al-Hwietat, who is in almost every frame, can express a range of feeling without saying a word. The sound is startling, and the landscapes are spectacularly shot by cinematographer Wolfgang Thaler.