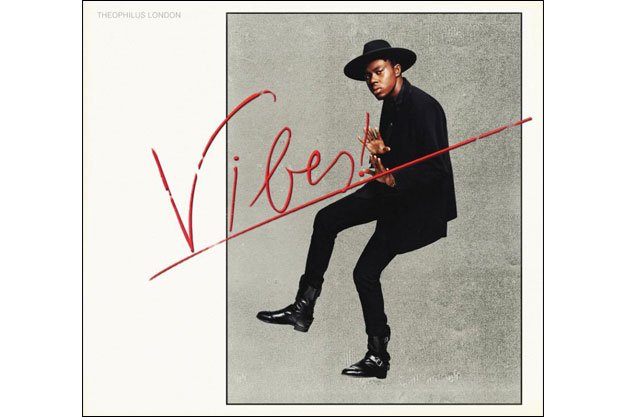 The stylistically varied second full-length from New York artist Theophilus London does have one common thread running through it: it’s fucking fun. Just try not to dance to the rubbery, tribal electro beats of Tribe, or vogue to the Madonna-meets-British new wave steeze of Neu Law or chuckle at the very cheeky, very sexy Do Girls – where, over an urgent, seductively sinister beat, London posits himself as a sex god capable of swaying someone’s orientation.

He’s often described as a “hip-hop artist,” but London actually speak-sings rather than raps, and Vibes! is a disco-dappled, funk-fuelled electro-pop record. Each successive track brings a new and increasingly surprising 80s or 90s influence: Take And Look recalls Let’s Dance-era Bowie, Need Somebody falls somewhere between Prince and Lionel Ritchie, and Figure It Out shines with Boyz II Men vocals, owing its synth-funk bass line and throwback R&B groove to producer Leon Ware and Dev Hynes’s dreamy falsetto respectively. People will argue that all the influences distract from London himself, but with an album this good, it’s hard to care.

The highlight is the sentimental, Yeezus-worthy Can’t Stop featuring Kanye, who’s also the album’s executive producer. The slow, harmonized hook about growing old with your love will lodge itself in your head (and heart).