There’s an awesome film festival, too 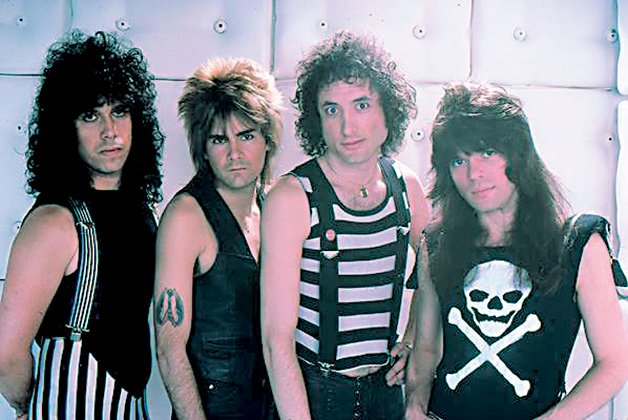 NXNE Film used to be about the music, man. But now the festival is expanding that component into dramatic features and documentaries, chasing “the best films across all genres.” All screen at the Bloor Hot Docs Cinema.

The most anticipated title in the series, the Canadian premiere of Richard Linklater’s Boyhood, tracks a kid named Mason (Ellar Coltrane) from first grade to his high-school graduation. Given Linklater’s deft hand with soundtracks, I’d be willing to bet Mason’s evolving musical taste becomes a key storytelling tool.

Additional fictional features include Kestrin Pantera’s Let’s Ruin It With Babies (see review, this page), starring Pantera and her real-life husband, Jonathan Grubb, as a 30-something couple pondering familyhood William J. Stribling’s family drama Lies I Told My Little Sister, and Tony Hipwell and Miles Watts’s dark British comedy Whoops! (see review, this page), starring Elaine Glover as a woman with terrible luck and a mounting body count. Maximón Monihan’s The Voice Of The Voiceless is a silent film – based on a true story – about a deaf teenager (Janeva Adena Calderon Zentz) lured into a human slavery ring in New York City.

The lineup also has its share of musical themes. Riot On The Dance Floor celebrates New Jersey’s City Gardens mosh club and its impresario, Randy Now Luck’s Hard follows Ron Hawkins of Lowest of the Low as he assembles the Do Good Assassins and sets out to record a double album Well Now You’re Here, There’s No Way Back (see review, this page) looks at the life of Quiet Riot drummer Frankie Banali, who will attend the screening.

The spine of Regina Russell’s documentary about 80s hair metal heroes Quiet Riot is the relationship between drummer Frankie Banali and lead singer Kevin DuBrow, which ended abruptly when DuBrow died of an overdose in 2007. Banali is the principal focus of Well Now You’re Here, There’s No Way Back, as he tries to rebuild the band and keep himself together in the process.

The looming tragedy gives the documentary weight, even when the band looks like a gang of idiots straight out of This Is Spinal Tap. There’s a lot of fun to be had in sex, drugs and rock ‘n’ roll, but there’s also a price to pay for all that excess. And Russell honours that truth by staying clear-eyed even when her subjects are at their bleariest.

Actor and short filmmaker Kestrin Pantera draws considerably on her own life for her feature debut, casting herself as a Los Angeles entrepreneur, and her real-life husband, Jonathan Grubb, as her on-screen partner, who decides he wants to think about children just as her latest project – a mobile karaoke enterprise – seems about to take off.

The 30-something debate between living unencumbered and starting a family is nothing new, but Let’s Ruin It With Babies crafts an engaging, articulate argument – and unlike certain other indie filmmakers who make movies about hipsters, Pantera understands that her characters might come off as obnoxious but lets them be who they are anyway. It makes all the difference in the world.

Tony Hipwell and Miles Watts – who previously collaborated on the charmingly deadpan web series Zomblogalypse – move up to features with this gruesome, self-aware comedy of errors. Rose Clements (Elaine Glover) is a London realtor with a terrible habit of accidentally killing people in spectacularly violent ways. Her devoted husband, Dave (Philip Rowson), is always there to help her clean up, though he’s getting a little tired of it.

Ben Wheatley’s Sightseers did more with a similar premise two years ago, but that movie was actually interested in its psychological and social subtext. Whoops! is as cutesy and superficial as its title, with a mugging performance by Glover and filmmakers who are just goofing around with makeup effects.