“Without the political aspect, theres no Pride” 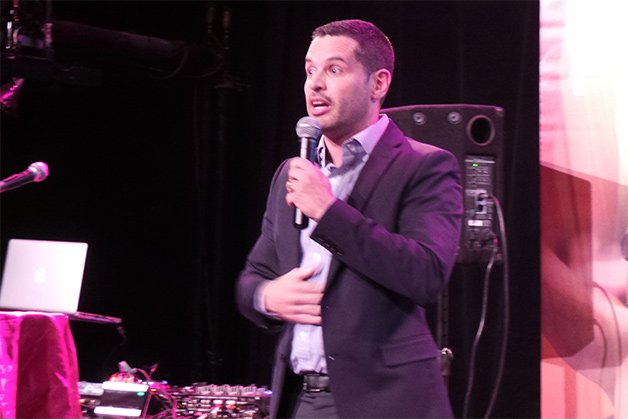 One of original cast members of U8TV: The Lofters (the “gay, game-loving intellectual”), Chantelois most recently worked as marketing and communications director for the Boys and Girls Clubs of Canada. He was John Tory’s election-day French-language spokesperson his favourite movie of 2014 was Birdman.

From the stage at Pride’s semi-swanky announcement event at Buddies in Bad Times Theatre, Chantelois promised that future festivals would be “Bold! Big! Sexy! Fabulous! Inclusive! Accessible! Cultural! Fun!” As the past chair of The 519 Church Street Community Centre credited with establishing their wildly successful Green Space parties, none of that was especially in doubt.

But when Chantelois ran out of adjectives, former Pride board member Susan Gapka shouted one more from her spot in the audience: “Political!”

NOW caught up to Chantelois shortly after to ask how politics figures into his conception of Pride and what he plans to do if Mayor Tory follows through with his election threat to cut city funding to the festival if it once again allows Queers Against Israeli Apartheid (QuAIA) to march in the parade. (“Would you cut [Pride] funding?” Olivia Chow kept asking Tory at a September debate sponsored by the Friends of Simon Wiesenthal Centre. Eventually, he admitted: “Yes, I would.”)

You were talking about promising a Pride that is sexy, inclusive, and fun…

…and then off to the side, Susan Gapka yelled Political! as well. What do you see as the political role of Pride?

Well, I think the human rights conference was a huge success last year, and it needs to happen. The grand marshals need to be there as well. But I also think that we need to be political in everything that we do on every stage. I think that everything that we put on the stage needs to be relevant culturally, socially, and politically. For example, right now and Im just taking this example Miss Lebanon took a selfie with Miss Israel, and that was a big thing on the web. For me, thats an example of things where we are bringing a band or a DJ from both countries and putting them on the same stage and calling it a selfie party. You know, for me thats being political. For me, thats being smart. For me, its using culture, its using social movement to keep the political in everything we do.

If the QuAIA issue comes up again this year, what do you imagine your approach would be?

Its gonna come up. I know its gonna come up. And Im ready for it. But Im ready to address the issue with Mr. Tory, simply because I think that the best way for two adults to communicate is to sit in the same room and to talk. I know John Tory personally, I know hes gonna be happy to have me in his office, and I know that he will listen like he’s always listened in the past. So I think that if the two of us are sitting in the same office and have a clear, honest conversation, its gonna accomplish a lot more than if I start talking about this in the media.

So its about convincing him to keep the funding going despite whatever Pride does…?

Yeah, and its about keeping in mind that freedom of speech will always be one of the core values of what we do.