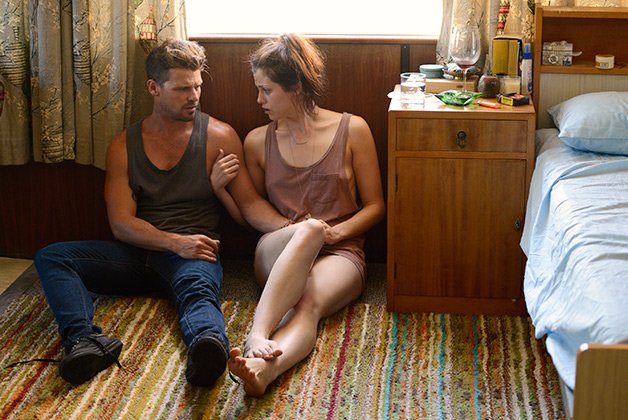 Nathan Phillips and Jessica De Gouw prepare for the end of the world.

Nathan Phillips and Jessica De Gouw prepare for the end of the world.

These Final Hours is a movie where the end is not just nigh but in the process of arriving, thanks to a meteor strike somewhere on Earth’s northern hemisphere. The shock wave will take about 12 hours to reach Australia. Zak Hilditch’s grim character study takes place in that window of time.

People have had some time to come to grips with extinction, and Jimmy (Nathan Phillips) just wants to party himself into oblivion at a friend’s rave. “It’s going to hurt,” he tells a lover in the opening scene, “and I don’t want to feel anything.” But his plans are complicated when he grudgingly befriends Rose (Angourie Rice), a young girl who’s been separated from her father.

Getting Rose back to her family involves a lot of driving, and the film uses their car time to let Jimmy and Rose bond. It’s sweet and quietly heartbreaking it’s the last friendship either of them will ever forge.

Hilditch is covering the same territory Don McKellar and Lorene Scafaria did in Last Night and Seeking A Friend For The End Of The World, but he puts his own spin on it. His film doesn’t have any of the melancholy of its cousins it’s harsher and bleaker, as befits the Australian landscape. But it still manages to find the humanity in annihilation.