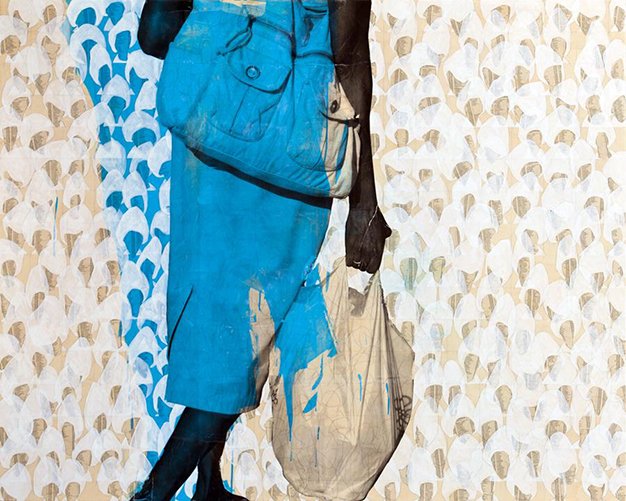 Wikipedia Wednesdays are back, with a new and welcome twist honouring artists of colour.

For the past several years the feminist initiative Art + Feminism has helped organize dozens of Edit-A-Thons worldwide. Their aim is to encourage women to become page editors, and ultimately to create Wikipedia entries about women.

The Art Gallery of Ontario has hosted several editing sessions on Wikipedia Wednesdays.

Tonight (Wednesday, January 11), the gallery hosts a public Wikipedia Edit-A-Thon in the hopes of activating its archives and bringing attention to overlooked Black Canadian artists.

AGO archivist Amy Furness approached visual artist and 2016 Guggenheim fellow Deanna Bowen to organize an event focused entirely on Black Canadian artists. The gallery got the ball rolling by putting together a list of holdings, much of it going as far back as the early 1980s. After a short tutorial on editing wiki pages, participants will create their own entries.

“People just don’t have a sense of how much power they have to write histories or chronologies. There’s always this assumption that somebody else is going to do it, or that it’s automatically out there,” Bowen explains.

She stresses the urgency of having more public information about artists whose work was “never given due recognition in the first place, people who were making work and fought for as long as they could and then literally got exhausted and went on to do other things.”

Says Bowen, “It’s about unearthing the stuff that gets lost in the shuffle – artists that have been around, artists that we’re all standing on the shoulders of, these giants that were doing stuff ages ago, and nobody was writing about them.”

Inspired by a discussion with her peers after the 2014 State Of Blackness Conference at the Ontario College of Art and Design, Bowen started the Black Arts/History Reading Group on Facebook. There seemed to be a commonly held feeling of exhaustion and isolation amongst people doing archiving and history work. This group was part of a solution: a communally compiled reading list about Black Canadian art, art history and culture.

“All that stuff that we want to happen in the education system comes out of our work and our own labour on our own histories, so we’ve got to start somewhere,” Bowen says. This is an opportunity to change history. The event happens from 5 to 9 pm, and participants are asked to bring their own laptop and set up a Wikipedia account in advance.