This Barbershop’s a cut above the competition

Star-studded Barbershop: The Next Cut deals tangentially with #BlackLivesMatter and proves that community is key 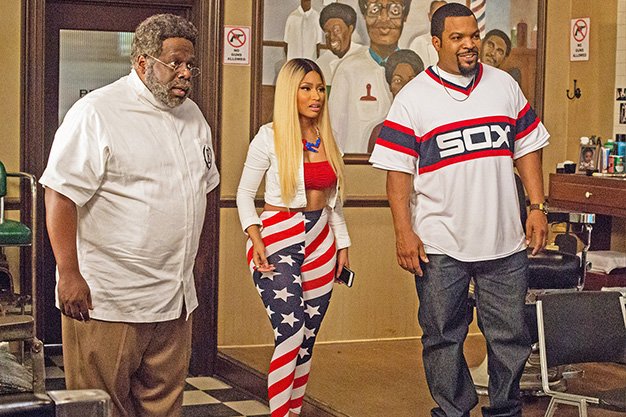 The Barbershop franchise has always been a cut above in its genre. It taps an institution in the African-American community, an intimate space where people vent freely about what’s nagging at them, and mines it for laughs and drama that feel both common and necessary.

The movies were sidelined during a period when studios deemed black fare unprofitable. It took guys like Tyler Perry and Kevin Hart to show them the real value in these films.

So now we have The Next Cut, arriving at a most opportune time. The movie deals tangentially with #BlackLivesMatter but what it’s really about is the space: a place where a community can get together to share their anger, pain, faults and joys. That matters too. That’s what these movies are.

The various hair-stylists fight to preserve their space in the midst of Chicago’s overwhelming surge of gang violence. They offer free haircuts in exchange for a ceasefire, making it safe for people to enjoy the barbershop ritual. It’s a touching plot, which at times falters dramatically but never loses its heart.

There’s a much bigger cast this time with veteran members like Ice Cube, Eve and Cedric the Entertainer joining forces with new recruits, among them Regina Hall, Nicki Minaj and Margot Bigham playing the salon ladies now sharing some of the shop space. While the women get to put their two cents in, mainly about matters of men and Instagram, they come off a bit like accessories next to the guys.

At the centre of this movie are the dads played by Ice Cube and Common, both concerned about whether their sons will stray into the neighbouring gangs. Cube rarely seems as invested as he is here, perhaps tapping his own fatherly instincts in the rare film that allows him to do so.

Common isn’t as suited for some of the giddy business in the barbershop, but his mere presence makes a statement. He and Cube had a famous beef in the past (remember Common’s diss song “The Bitch In Yoo”).

Their collaboration is a lovely touch in a movie about using a communal space to inspire a truce.