Don't be deceived by the superficial changes going on with the Pack A.D. Sure, they signed to glossy Nettwerk for. 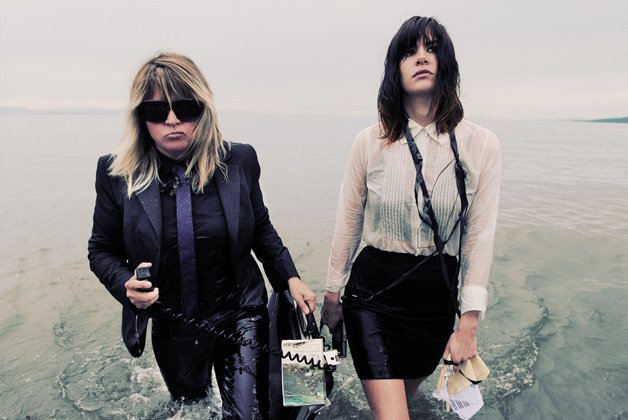 Don’t be deceived by the superficial changes going on with the Pack A.D. Sure, they signed to glossy Nettwerk for the release of their newest album, Do Not Engage, recorded by Jim Diamond in Detroit Rock City. Sure, it’s a little less lo-fi and more radio-friendly than the garage blues of their previous four.

But drummer Maya Miller and guitarist/singer Becky Black will have you know that they’d finished the record prior to leaving Mint for Nettwerk. And only some of the album, which was inspired in part by dystopian novels, was done in Detroit and the rest in their hometown of Vancouver, like always. And it has plenty of newfound psychedelic edges, too.

And they’re still some of the country’s toughest workhorse musicians, with a show that hasn’t lost any of the unbridled energy for which the women are known. See for yourself when they play the Horseshoe with Pkew Pkew Pkew and Mad Ones.

Final art-music blowout of the season.