FLATBUSH ZOMBIES The last time these guys were. 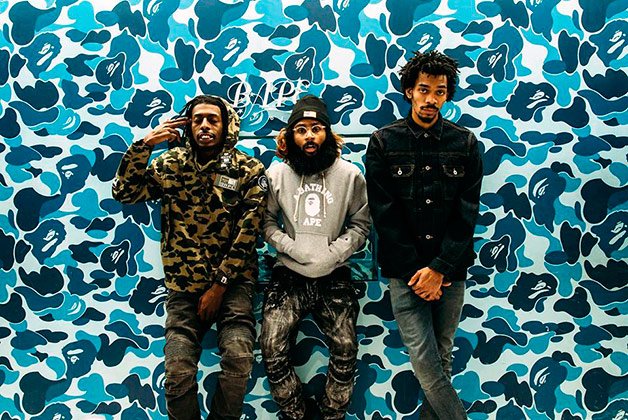 The last time these guys were in town – back in October at Wrongbar – they admitted they were tripping on acid.

It sort of gives you an idea what Flatbush Zombies are about: the Brooklyn trio of emcees – Meechy Darko, Zombie Juice and Erick “Arc” Elliott – are part of a new wave of psychedelic-drug-positive musicians (with their Beast Coast associates the Underachievers and Chicago’s Chance the Rapper, among others) making and performing music with a new box of creative, er, tools.

After collaborating with A$AP Mob on the song Bath Salt in 2012, they released their own tune Face-Off, which pairs characteristically sexually graphic lyrics with snippets of news broadcasts about the infamous “bath salts” face-eater.

Their new It’s All A Matter Of Perspective EP drops later this year, and its first single, LiT, is a smooth slice of golden-era hip-hop production.

One thing’s for sure with this group: there’s never a dull moment.