What's new? Seasonal eats from Ontario farms and forests, splashy corporate dining by way of Vancouver, and conceptual spins on Quebecois-inspired cuisine. Keep these in mind for the next time someone asks you about a cool new place for dinner. 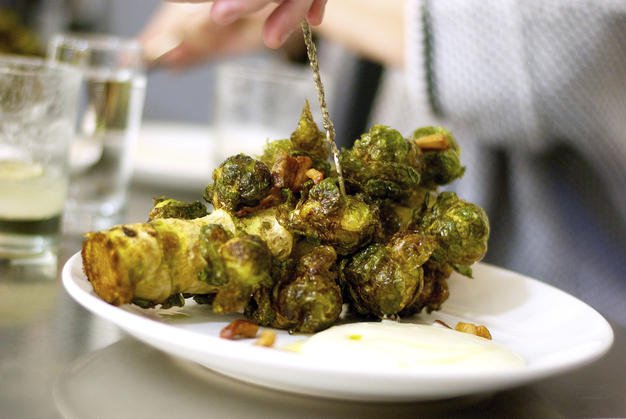 All photos by Natalia Manzocco 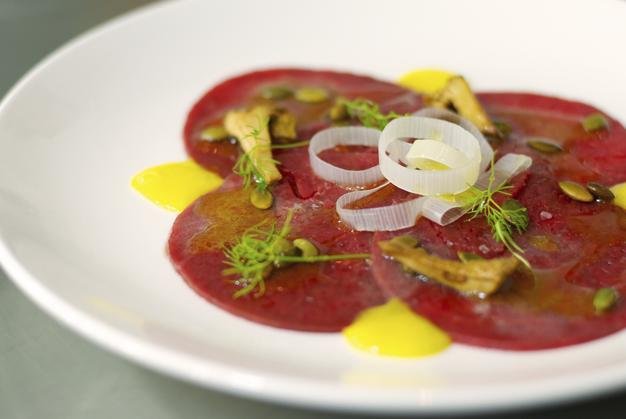 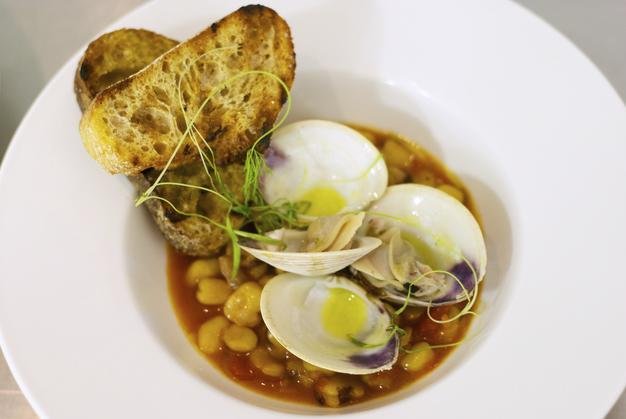 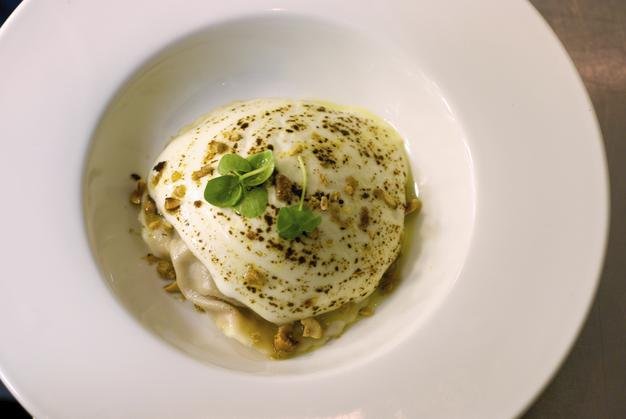 You’d be forgiven if you forgot all about the Templar Hotel and its restaurant, Monk Kitchen. After the modern boutique hotel opened in 2012, the tiny basement kitchen was roundly praised thanks to chef Roberto Fracchioni’s nightly tasting menus. Then the building began to resemble an empty shell even more than usual, and some said it had been put into receivership, while Fracchioni left to open Flor de Sal.

But rumours of the Templar’s demise appear to have been greatly exaggerated: the hotel is under new ownership, and so is the ground-floor lounge and basement kitchen, now open as Parcae.

Behind the new dining room, furnished in the same Patrick Bateman chic as the rest of the hotel but flooded with dim, warm lighting, chefs Danny Hassell (ex-Buca) and Joe Awad (formerly of Montreal’s Au Pied de Cochon) head up the kitchen. The ringside seats remain in the kitchen for tasting dinners, but Parcae parts from its predecessor by offering à la carte selections as well.

The menu draws in particular on Hassell’s Quebecois roots. He and Awad became a team at Montreal’s Sugar Shack – and Awad’s still making the transition. The chef left midway through our recent group tasting dinner to catch a flight back to la belle province.

There’s a strong focus on game meats, which Hassell proves by sending over lean, tender horse carpaccio topped with chanterelles, pumpkin seeds and sunny dots of duck yolk ($18 as a small plate). He follows it up with melt-in-your-mouth fried lamb brains ($11) and an equally buttery duck ravioli ($12) topped with a cloud of blow-torched mascarpone.

Brussels sprouts ($12) come over whole on a stalk, with a little antique fork so we can more easily saw them off their spine. Topped with guanciale and flanked with a pool of pale-yellow mustard sauce devised by Hassell’s mum, the sprouts are Hassell’s favourite menu item.

He leaps from the beauty of nature to a tasty Frankenstein’s monster with the next plate, a sweet five-spice sausage presented inside the skin of a chicken leg with the foot still attached ($14). Crispy chicken skin as sausage casing. Brilliant!

A palate-cleansing salad of fennel, radishes and onions ($8) gives way to a lovely octopus tentacle paired with bone marrow ($25) and a flawless risotto ($24) studded with cucumbery little chunks of clear sturgeon marrow. It is largely due to this risotto, and maybe also to several excellent cocktails from the bar outside, that my notes from this point of the meal verge on the comically ecstatic (“I AM SO HAPPY”). That’s even before dessert shows up. 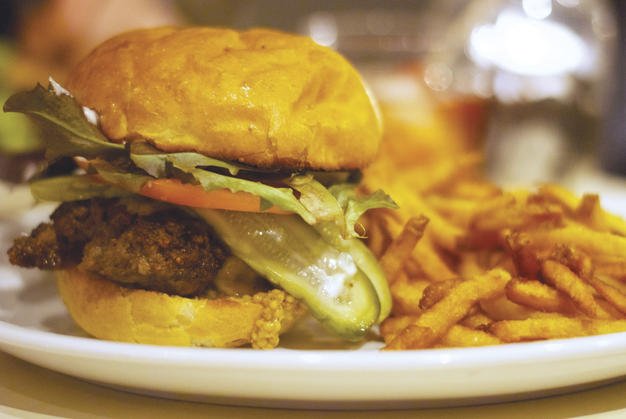 The game burger at Antler makes use of ground bison, boar and venison.

“Vacant niche” is the term evolutionary biologists use when a species clears out of its habitat, leaving a vacuum for another to fill. So it was that when This End Up went belly up this past spring, leaving a cool, contemporary location on a primo corner of Dundas West, chef Michael Hunter was poised to waltz right in with Antler.

“I was basically just creatively dying over there,” he says. “Working for someone else for a long time kind of eats away at you. Reds is a great restaurant, but I found that I was continually cooking for other people.”

He has free run at Antler, which serves as a stage for the aptly named Caledon native’s love of game and foraged ingredients. Favourite Toronto snack eats like yakitori skewers, gyoza and Jamaican patties incorporate duck hearts, boar and venison respectively. The latter, a falling-apart half-moon the size of my hand, has enough spice and richness to get even my patty-averse self addicted.

Those apps also double as a late-night snack menu – a perfect excuse to stay late and down cocktails like the Kordonis ($14), a super-herbal mix of beets, gin and Hunter-gathered sumac. (He still does some of the foraging himself, bringing in mushrooms and supplying his own maple syrup.)

Hunter nods considerately to herbivores with dishes like farro and squash risotto and a popular chestnut gnocchi, but most lunge for the meat. In the rabbit pappardelle ($22), instead of scattering little crumbles of meat in a ragù, he layers big, tender shreds of bunny meat with loose sheets of pasta, leeks, greens and big flakes of Parmesan. They should prescribe this stuff as a cure for seasonal affective disorder.

If you want to eat three forest friends at once, the game burger combines bison, wild boar and venison with mayo and tiny orbs of whole-grain mustard on a chewy bun. Though it’s a bit on the small side for $18, the loose-ground patty is meaty, juicy and salty, and the accompanying short shoestring fries satisfy. It’s one of several more accessible dishes on the menu, alongside crispy-skinned rainbow trout fillet with big sautéed kale leaves and various veggie purées. But Hunter says the most popular dish is actually a $38 rack of venison.

“I’m really happy about that, because that’s what I want to share with people,” he says. “I have chicken and fish on the menu, too, because I want to be approachable and sort of fit into the community. But they haven’t been selling as well.”

I tell him that says some pretty good things about Toronto diners’ adventurous tastes. 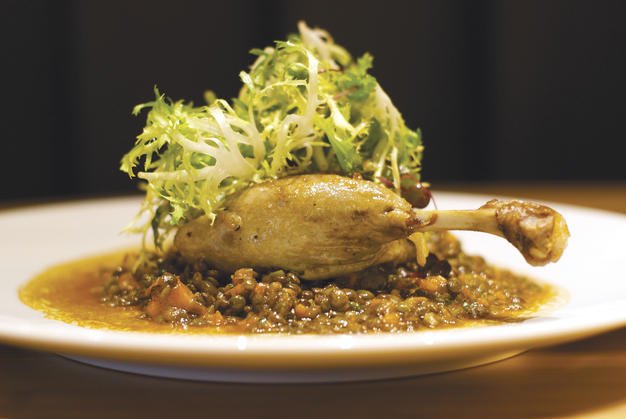 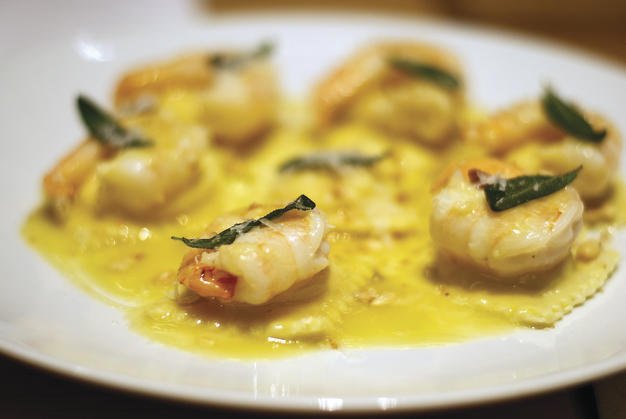 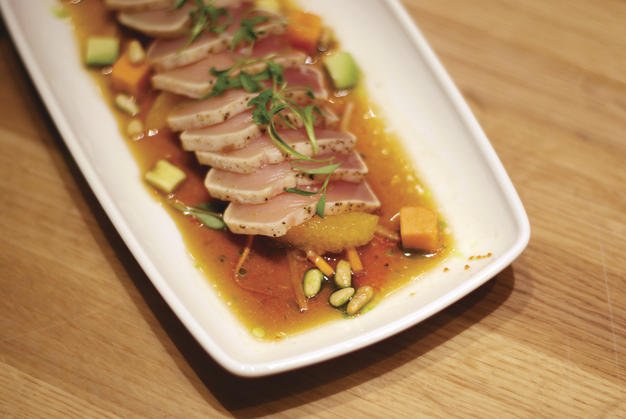 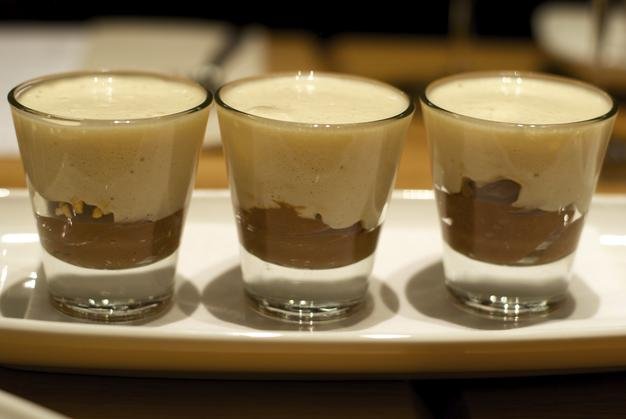 Brand-new to Toronto, the Cactus Club Cafe will already be very familiar to West Coast-based aficionados of the finer things in life (or “pizza perogies” and peach Bellinis, depending on the date of their last visit). Once a casual chain in the vein of Jack Astor’s or Montana’s, the Vancouver company has spent the last decade reinventing itself, introducing a modern steak house feel and a menu of self-styled “creative fine dining,” and installing former Iron Chef champion Rob Feenie at the helm.

With a sprawling, gleaming new location – an “eastern flagship” for the chain – on the northern side of First Canadian Place, the company is making a splashy attempt to cement that transformation, taking on fellow BC chains Earls and Joey for market share downtown.

The three-floor café skips the Southwest-inspired design one might expect, opting for a nouveau-riche mix of designer fixtures, black leather and gleaming glass. Aside from a flashy selection of art from owner Richard Jaffray‘s personal collection (some authentic Basquiats here, a trio of Warhols there), it looks exactly like the smart-casual competition. But the massive overhaul of the space did give way to some nifty additions, including an airy deck fashioned from a chunk of First Canadian Place’s rooftop, complete with retractable ceiling.

The menu is rich, crowd-pleasing stuff, with the usual steak-chain fare (lettuce wraps, burgers, fish tacos, an obligatory teriyaki dish) given impressive makeovers. How many chains would do a “club” sandwich ($17.75, or “17 3/4” in menu-speak) with Peking duck and prosciutto on fruit-and-nut bread?

Additionally, Feenie’s introduced a menu of signature dishes specifically for the Toronto location, including an ethereal butternut squash and mascarpone ravioli topped with shrimp and smothered in truffle butter ($25.75), and an opulent “beef duo” featuring gorgeously-seared AAA tenderloin and double-braised short ribs in a port jus ($44).

Top it off with an impressive selection of Canadian, Old World and New World wines, and you’ve got a dining destination tailor-made for the local clientele. The not-inconsequential cost of each menu item buys you more soulful cooking and atmosphere elsewhere, but the dishes deliver, and the spot is about as accurate a mirror of big-budget Bay Street as the shining walls of Royal Bank Plaza a few doors south. 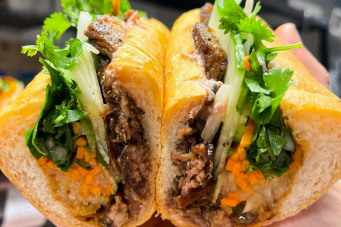 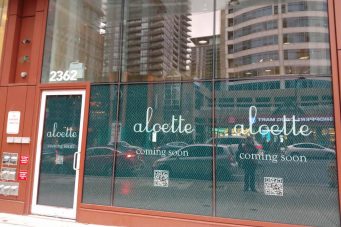 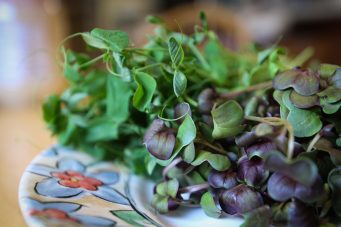