Thundercat at the Hoxton worth the wait 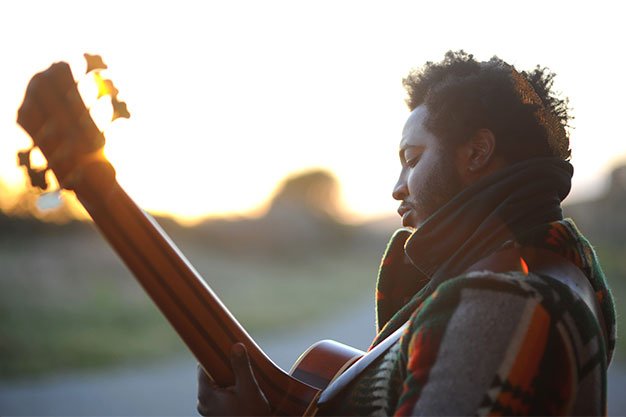 Los Angeles jazz-funk bassist Thundercat, aka Stephen Bruner, seemed momentarily unsure when he arrived onstage at the Hoxton. Many in the audience lined up around the block two and a half hours before set time in order to witness his frenetic bass solos, but first he would have to tune the oversized instrument. What’s another minute or two?

Ultimately, the ensuing 90 minutes of music proved worth the wait. Bruner’s recorded output of late has veered into mournful tributes to deceased friends – a development that’s shifted the focus from his bass work and high-profile collaborations with Kendrick Lamar and Flying Lotus back to his voice and songwriting.

He began with songs from his recent The Beyond/Where The Giants Roam EP, but their gentle, folkie melodies and fluid, beach-funky rhythms quickly lapsed into soloing, with Bruner’s fingers furiously spinning arpeggios from his massive fretboard as he leaned in toward his drummer and keyboard player.

Much of the show moved between moments of calmness and fury. A cover of Lamar’s Complexion (A Zulu Love) and dancier numbers like Them Changes got roars from the crowd, but stripped-down singer/songwriter moments during the melancholy A Message For Austin and the romantic Walkin’ were equally affecting.