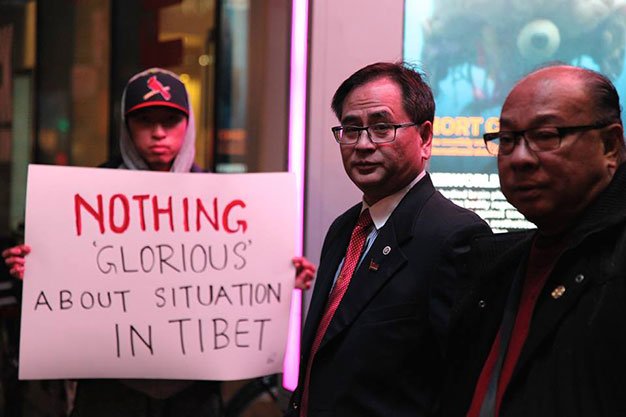 Photos courtesy of Students for a Free Tibet 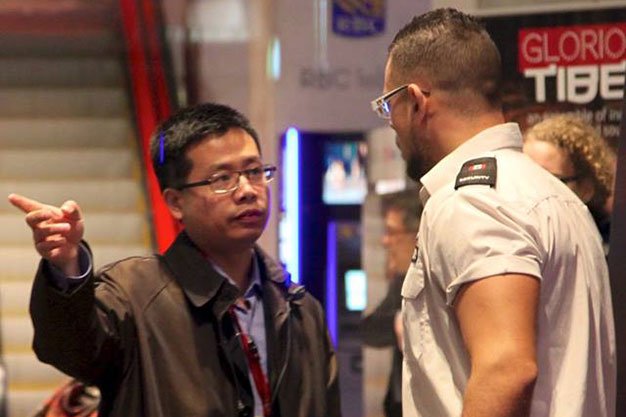 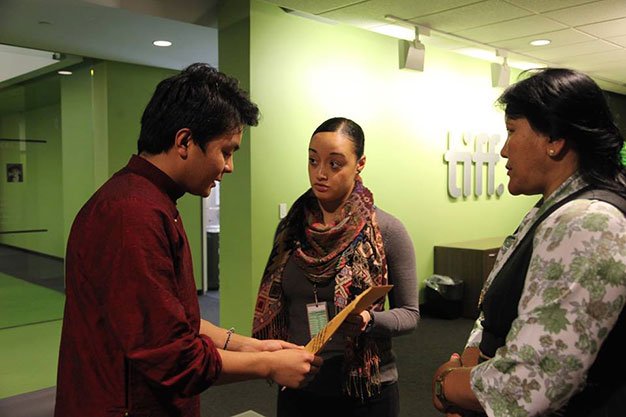 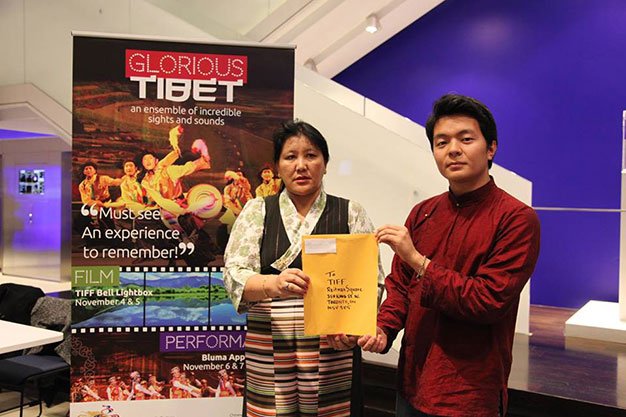 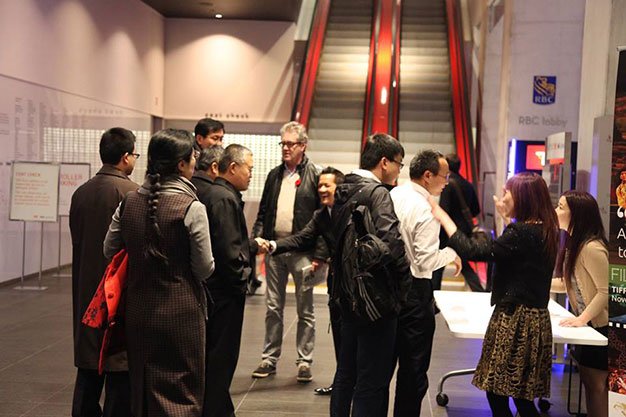 This week, a seemingly innocuous cultural festival took place in Toronto, with film screenings at the TIFF Bell Lightbox and dance performances at the Bluma Appel Theatre, with events also taking place across the country in Vancouver.

Because this event is not so much a festival about Tibetan culture as it is an effort by the Chinese government to promote its own propaganda about Tibet.

The Toronto event website indicates that the festival is organized by the Justin Poy Agency, an ad company based in Markham that specializes in “diversity advertising,” with the Toronto Star and Chinese-language Sing Tao Daily as media partners. The Vancouver event website states the festival is organized by the Association of Chinese Cultural Promotion based in Richmond, B.C.

However, according to an online article published on Sunday in the U.S. edition of China Daily, one of the largest English-language newspapers in China, the cultural festival is co-sponsored by China’s State Council Information Office and the External Publicity Office of the People’s Government of the Tibet Autonomous Region. Senior Chinese Officials from the State Council Information Office and China’s Ambassador to Canada, along with Canadian Senator Vivian Poy and others attended the opening of a controversial China Central Television (CCTV) produced film “Roof of the World” to kick off the event Tuesday, November 4. They were met by demonstrators.

Urgyen Badheytsang, National Director of Students for a Free Tibet Canada, one of three groups organizing the protest, says “The Tibetan community has not been consulted at all for this entire exhibition. As Tibetan refugees and Canadian citizens, we have our culture as one thing to hold on to, and our faith in Canadian society as another – tonight was an attempt to take both of those away.”

In other words, unlike most of Toronto’s cultural festivals, which are organized and presented by local communities themselves, this is the Chinese government-approved version of Tibetan culture to Canadian audiences to send the misleading message that all is well in Tibet.

Since 2009, at least 132 Tibetans have chosen self-immolation as their means of protest against the Chinese government control of the region. The Chinese government has responded by labeling them “suicide terrorist attacks,” and taken to arresting the family members to deter future would-be protests. At an increasing rate since 2008, artists and political dissidents in Tibet are jailed without explanation, and held incommunicado for months on end. In recent years, China has jailed at least 11 Tibetan singers for writing and performing songs that celebrate Tibetan culture and criticize the Chinese government.

International performers Peter Gabriel, Thom Yorke, and Tjinder Singh have all recently put their signatures on a petition organized by the UK-based human rights NGO Free Tibet calling for the release of these singers and points out, “Singing songs in your own language about the issues of concern to your own people is not a crime.”

The 2008 documentary Tibet in Song recounts Ngawang Choephel’s efforts to document how Tibetan folk music is disappearing in its country of origin. In one memorable scene, he examines state-sponsored Tibetan musical and dance performances in Tibet, and observes that they have little resemblance to anything that could be called “traditional performance.” Rather, the culturally inaccurate costumes and loud electronic music are a fusion of Chinese pop music, Communist Party anthems. Shortly after Ngawang Choephel started filming this documentary in 1995, he was arrested and held without trial for over 14 months. He was later sentenced to 18 years for espionage, but was released in 2002 after a concerted international campaign spearheaded by his mother.

Toronto is now home to one of the largest populations of exile Tibetans in the world. Its community members include accomplished musicians, singers, artists, and performers, many of whom struggle to make ends meet as recently-arrived permanent residents or new Canadian citizens. Our dollars could go much further in supporting our local community in their efforts to produce and preserve their own culture.

Andrea Paras is an Assistant Professor in the Department of Political Science at the University of Guelph. 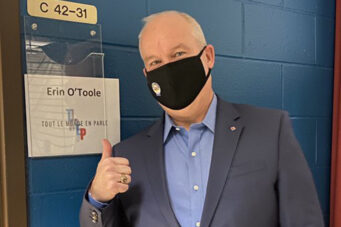 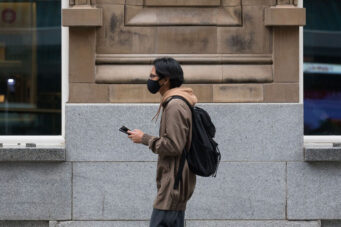