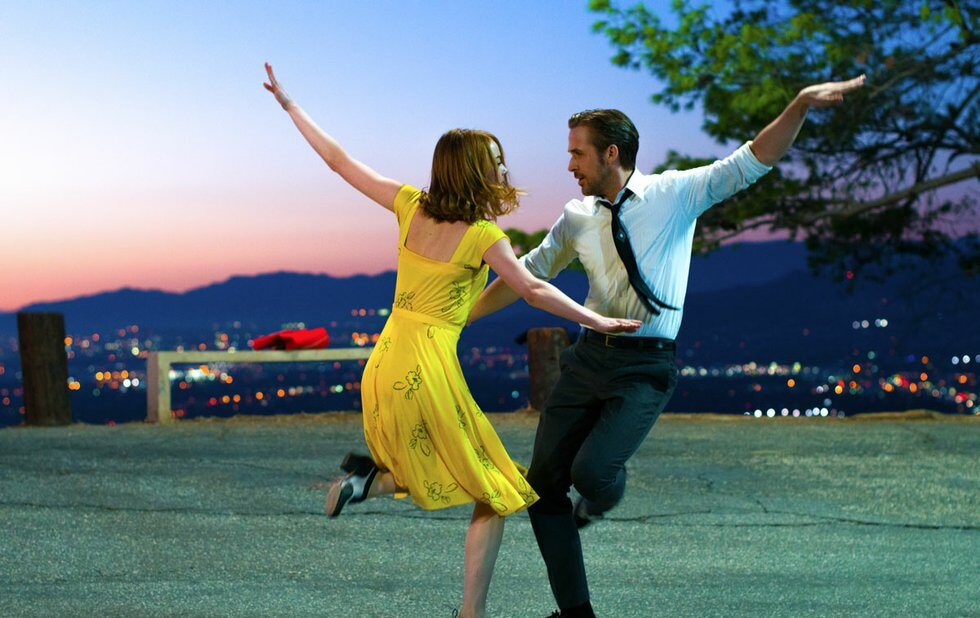 If you miss La La Land at TIFF, you just have to wait until December to see it with everyone else.

Fest directors Piers Handling and Cameron Bailey announced the winners at the festival’s closing ceremony earlier this afternoon, held in the TIFF Bell Lightbox. Runners-up for the top public prize were Garth Davis’s Lion and Mira Nair’s Queen Of Katwe.

The People’s Choice for Documentary was awarded to Raoul Peck’s I Am Not Your Negro, which realizes author James Baldwin’s uncompleted exploration of race runners-up for that prize were Steve James’s Abacus: Small Enough To Jail and Fisher Stevens’s Before The Flood.

The People’s Choice for the Midnight Madness program went to this year’s opener, Ben Wheatley’s epic shootout Free Fire runners-up were André Øvredal’s The Autopsy Of Jane Doe and Julia Ducournau’s Raw. Wheatley accepted the award via a stream of texts from the UK, relayed to the audience by Midnight Madness programmer Colin Geddes. (Wheatley apologized for being unreachable until the last minute, but he’d taken his son to see Hunt For The Wilderpeople and “turned my phone off like a proper cineaste.”)

The $30,000 Canada Goose award for Best Canadian Feature Film went to the three-hour experimental drama Those Who Make Revolution Halfway Only Dig Their Own Graves, from Quebec filmmakers Mathieu Denis and Simon Lavoie.

Denis and Lavoie’s film was also competing in the Platform section, but lost that $25,000 prize to Pablo Larrain’s Jackie, which stars Natalie Portman as Jacqueline Kennedy. Larrain sent an inventive video acceptance that will hopefully be up on YouTube before too long.

Representing the Platform jury on the stage, actor Zhang Ziyi (who deliberated alongside filmmakers Brian De Palma and Mahamat-Saleh Haroun) also awarded an Honourable Mention to Khyentse Norbu’s Hema Hema: Sing Me A Song While I Wait.

The City Of Toronto prize for Best Canadian First Feature, which carries a cash prize of $15,000, went to Johnny Ma’s Old Stone. The Short Cuts prizes, each with a $10,000 purse, went to Alexandre Dostie’s Mutants (Best Canadian Short) and Raymund Ruay Gutierrez’s Imago (Best Short Film). Dostie and his crew took the stage joyfully if blearily, having returned to Toronto from Trois-Rivieres – a six-hour drive – earlier in the day after leaving the festival Saturday morning.

The prizes of the International Federation of Film Critics (FIPRESCI) were awarded to Mbithi Masya’s Kati Kati in the Discovery program, and to Feng Xiaogang’s I Am Not Madam Bovary in the Special Presentations program. And the NETPAC award for world or international Asian film premiere went to Maysaloun Hamoud’s In Between, a drama about Palestinian women living in Tel Aviv.

TIFF is holding a free screening of La La Land tonight at 6 pm at the Ryerson Theatre tickets were handed out at 4 pm on a first-come first-served basis. If you weren’t among the lucky hundreds who got in, take comfort you’ll be able to see Chazelle’s film in December when it begins its commercial run, and uses the People’s Choice prize as a lever in its Oscar campaign.