The three-time Oscar nominee makes his debut as a writer/director with this rough but heartfelt father-son drama. 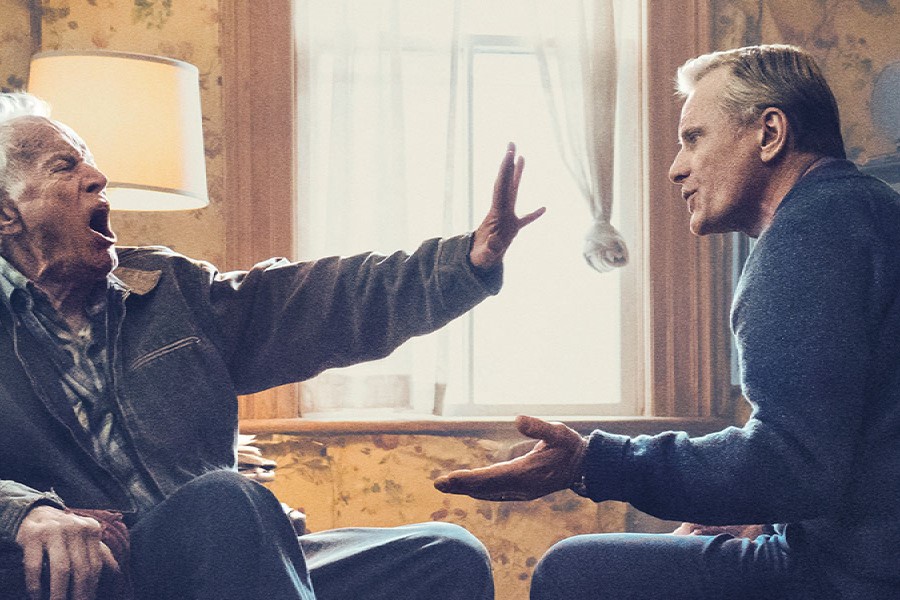 Viggo Mortensen has been acting in movies for four decades, and he’s been paying attention. In Falling, his first feature as a writer/director, he shapes a simple father-son story into a powerful meditation on compassion at any cost. It’s not perfect, but it’s powerful.

The son is John (Mortensen), a California pilot who’s taken a week off to bring his ailing father Willis (Lance Henriksen) out west from his rural New York farm. It’s not a casual visit: Willis is suffering from dementia and rapidly deteriorating, and John is looking to make things easier on the old man. But Willis’s illness has only amplified the fury, misogyny and homophobia that drove his family away decades earlier. And John is not only gay, but comfortably married to the very nice Eric (Terry Chen), a relationship Willis can no longer process.

The film is about trying to find closure with a parent who’s incapable of offering it, and Mortensen’s script comes at that idea from several different directions, drifting back and forth in time with the cognitively unmoored Willis to show us the ways in which he’s a product of his time, but also how he actively worked to damage his relationships with his children and alienate their mother Gwen (Hannah Gross).

It’s rough, in the way that first films can be: certain peripheral characters seem a little blurry, there’s a shift in setting late in the story that seems meant to invoke Willis’s unmoored consciousness but winds up a little too disorienting, and an ending that’s perhaps a touch too artful for its own good.

But even when something doesn’t quite work, you can see the intention behind it. Mortensen’s heart is in the right place; he wants us to understand these characters, as difficult as it might be to do so. With a more conventional director at the helm, Falling could have been reassuring, polished awards bait; instead, it’s something richer and more discomfiting. I’ve been thinking about it a lot since I saw it. So will you.