NOW MagazineMovies & TVReviewsTIFF review: New Order picks up where Parasite and The Platform left off

TIFF review: New Order picks up where Parasite and The Platform left off 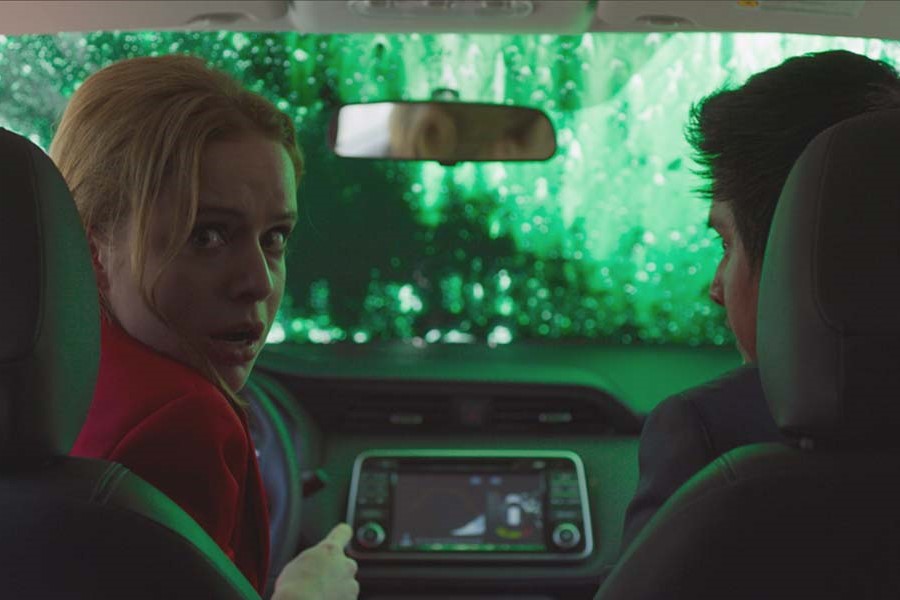 If you’ve been searching TIFF 2020 for a movie that channels the class-conscious rage of last year’s highlights Parasite and The Platform, search no more: Michel Franco’s New Order is here to rip that scab wide open. It could even be seen as a prequel to the latter film, if you squint hard enough.

Writer/director Franco, whose previous features include After Lucia and April’s Daughter, establishes a queasy tension through the innocuous setting, a wealthy Mexico City manse where a few dozen well-appointed people have gathered for a lavish wedding. But things aren’t as placid as they appear: the valets have to share space with security personnel, the officiant is delayed because traffic is snarled by protests elsewhere in town.

The young bride-to-be, Marianne (Naian González Norvind), is determined to soldier on through these inconveniences. But a prologue has already shown us the carnage resulting from those protests: whatever’s happening, it’s already metastasized into something far worse than an inconvenience.

Marianne drives off on a quick errand to help out a former employee’s ailing wife, and everything goes to hell: the wedding is overrun with armed activists determined to exact vengeance on the privileged guests, and things only get worse from there. Marianne winds up taking refuge at the home of another employee’s son (Fernando Cuautle) as the army moves in and declares a curfew; the next morning, soldiers arrive and say they’ll get Marianne home safely. But that’s not what happens.

New Order starts as an allegory for the rage of the underclass and then goes somewhere else – somewhere awful, but all too believable. It’s a story of what happens when civil disobedience gives military leaders the opportunity to take out both the resistance and the existing structure government in a single brutal motion, and what happens after that. Franco’s script has a cruel, unrelenting logic: the worst thing that can happen in any given situation always does.

The movie is a nightmare of disintegrating social mores, but it’s also vividly cinematic. New Order plays like a thriller, with surprising twists and unexpected developments throughout. Franco’s formal control is remarkable: he gives us glimpses of Mexico’s collapse, limiting our understanding of its scale until he can unleash it on us for maximum dramatic impact.

González Norvind holds our sympathies throughout as Marianne, a fundamentally decent (if obliviously privileged) person who never believed the world could change so radically around her. But there are other characters on both sides of the class divide who deserve some consideration as they try to figure out how to navigate their brutal new reality. Not that it’ll save any of them. The whole system is on fire.