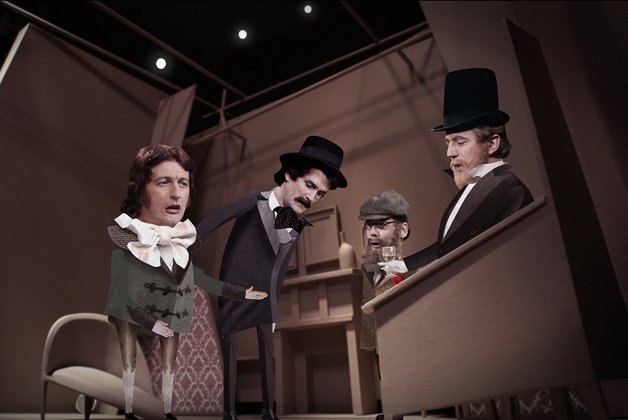 Terry Jones will always be best known as the member of Monty Python’s Flying Circus most likely to put on a dress and the one who would eventually become their director when they got into film.

At TIFF to promote the surreal animated Graham Chapman biopic A Liar’s Autobiography, Jones recalls that a key event in the group’s history actually came at a film festival back in the 70s.

“The first time we heard an audience laugh at Holy Grail was at a film festival in Los Angeles,” chuckles the comedy icon. “We were quite worried about it before then. We had showed it to investors and they laughed for about five minutes and then total silence.”

These days Jones doesn’t have to worry about audiences not laughing at anything bearing the Python brand name.

Interest in the cult absurdist comedians never seems to die, which prompted the production of this new feature about the most reclusive and mysterious Python, Graham Chapman, whose untimely death at 48 brought an unexpected end to the comedy team in 1989.

“Graham was a bit of a mystery to anyone who knew and worked with him,” admits Jones. “I don’t think we ever felt like we knew him or even what to expect from him. He was capable of flashes of genius, really.”

The new film, based on Chapman’s equally strange 1980 autobiography of the same name, captures that mystery, presenting his life in animated sketches voiced by vintage Chapman recordings and new voice tracks from the surviving Pythons.

Though interacting with an almost 30-year-old recording of a former collaborator might put some performers off, Jones enjoyed the experience.

“I felt it was very easy and natural to hear Graham’s voice again,” Jones claims. “It was like he’d just walked through the door.”

The real challenge was simply getting the Pythons back together.

“Terry Gilliam was off shooting something in Romania, Michael Palin was writing a new novel, and John Cleese is off in Monaco avoiding paying English taxes and getting married again. He never learns.”