This weekend, test out the latest in virtual reality: step inside a Jazz Cartier music video or see the world through the eyes of wildlife 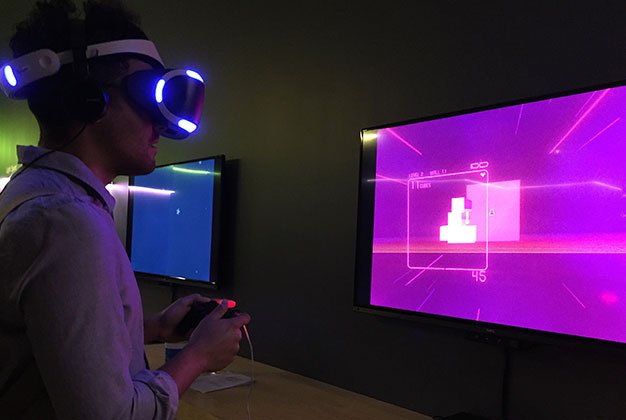 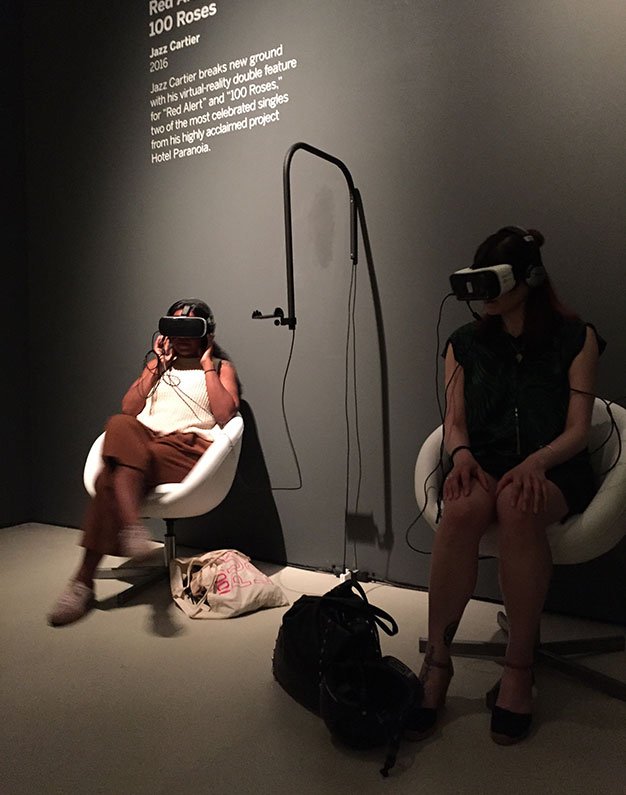 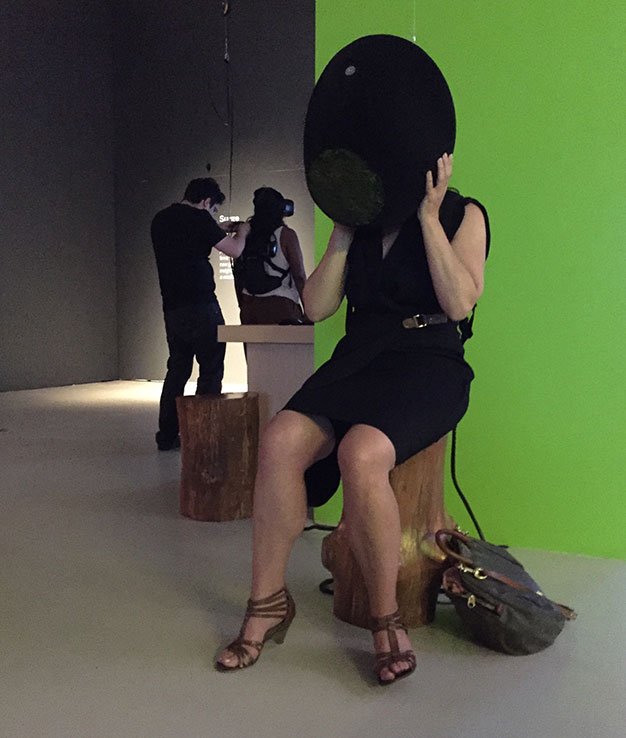 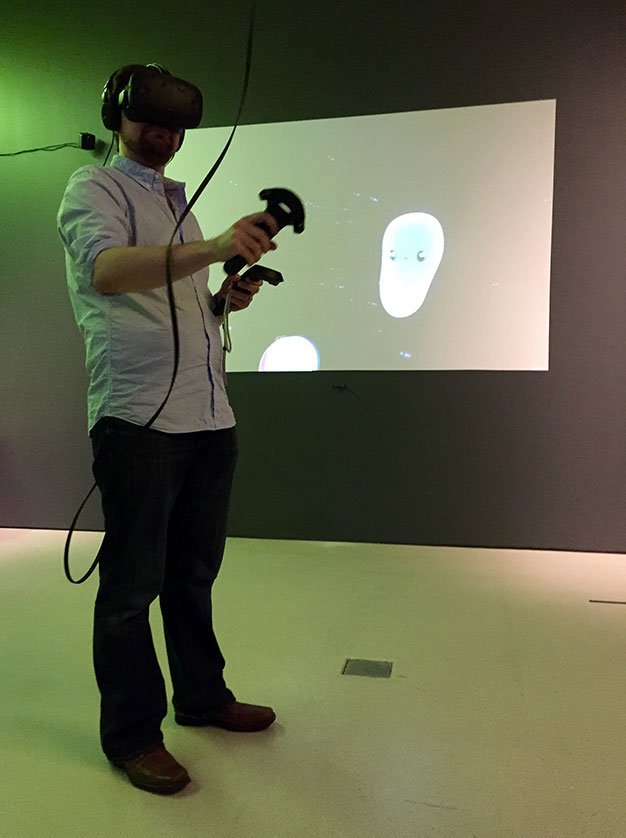 If Jody Sugrue has her way, virtual reality will be commonplace at the TIFF Bell Lightbox by the end of 2016. The director of TIFF Digital Studio, a team devoted to finding new formats of storytelling, is co-programming POP, a VR installation series taking over the building’s main gallery for three weekends this summer.

POP 01, which looks at the intersection of VR, music and art, runs from June 24 to 26. The immersive media experience features over a dozen projects, from music videos to interactive art pieces and futuristic gaming, all using virtual-reality technology.

Among them is Light Spirit, a playfully animated piece that uses HTC Vive, one of several VR wearables making its way onto the consumer market. Wearing a headset and holding controllers, a person can interact with a malleable, squishy spirit while immersed in undulating neon-colours.

“FriendsWithYou wanted to know what it would feel like to receive a hug in VR,” explains Adam Robezzoli, a partner at Los Angeles-based VR studio New Tropics, which collaborated on the 10-minute art piece with FriendsWithYou. “What came out of it is this spirit that gives you feedback in your controllers through vibrations so you can feel its energy, and you can touch and pet it.”

It’s difficult to describe exactly what that hug feels like, except that it feels similar to receiving a hug in real life – warm, soft and inviting. VR technology, especially ones like HTC Vive, where the controllers are wireless and you can move freely, is so immersive and reactionary that it’s hard to label what you’re perceiving as anything but real.

In Light Spirit, the spirit you encounter is suspicious and shy, and like learning how to connect with people and animals in real life, your interaction with the VR spirit is through trial by experimentation. I learn that holding the controllers very still by my sides invites the spirit to come up close for a snuggle, while shaking the controllers like maracas tickles it and makes it coo and laugh. “You can even be violent and hit the spirit, and it will respond – probably by floating away,” Robezzoli adds. 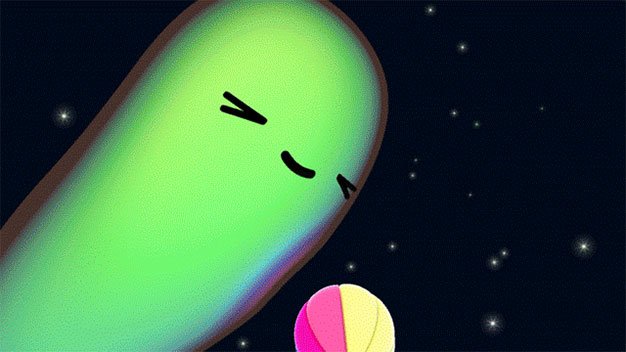 Interact with this adorable green creature in Light Spirit at POP 01.

Oculus Medium has a similar feel, with the high-tech components provided by the popular Oculus VR gear. This experience is less of an art piece and more so an immersive tool similar to Microsoft Paint, allowing users to sculpt, model and paint solid objects in VR using Oculus Touch controllers. Demonstrations of creation platforms like Oculus Medium are typically reserved for high-tech industry conferences, but TIFF’s Sugrue has made it a mission to bridge that gap.

“For us, it’s finding things that move us or are quirky and curious,” she says. “I think VR is something that many people read about but very few actually get to try beyond Google Cardboard. Here, they’ll be able to access everything they’ve been reading about, so we hope it triggers lots of conversations.”

The exhibit’s musical component is set up as a VR lounge, where attendees can sit down at various stations, pop on Samsung Gear VR headsets and headphones and be immersed in music videos. Among them are Strangers With Patrick Watson, which takes you into the Montreal musician’s studio, as well as Red Alert & 100 Roses, a VR double feature of Jazz Cartier’s songs that bring you face-to-face with the Toronto rapper.

Gamers will also get a rare opportunity to test-drive PlayStation’s VR headset, which won’t be out until October. Armed with a controller in hand, which lights up in the expansive VR screen, you can play SUPERHYPERCUBE, which is best described an immersive Tetris experience designed by Kokoromi.

Perhaps the highlight piece of the whole POP 01 exhibit is In The Eyes Of The Animals created by UK-based design studio Marshmallow Laser Feast. The remarkable nine-minute experience was originally commissioned by the AND Festival as a site-specific installation in Grizedale Forest. In 2015, Ersin Han Ersin, the creative director at MLF, and his team built custom VR headsets inside large, dark helmets that look like bug eyes.

“We really wanted to immerse someone in another species’ perception,” he explains. “Until the moment you put on the VR helmet, you are perceiving the forest through human eyes, but then you become a mosquito, a frog, dragon fly and owl.”

To further enhance the experience, users wear tactile SubPacs, which conveys the feeling of wings, insect buzzing and even a frog’s ribbit. It’s truly a whole-body experience that gives you an idea of the incredible sensory system of animals. In fact, this type of technology could very well be used to teach biology to students someday. On an educational front, the project was life changing for Han Ersin.

“Before we started doing this, I knew nothing about insects or animals or even forests,” he says. “The average human can name 300 logos, but cannot name more than five leaves or trees. It’s unbelievable. So if there is a positive change towards in that way, that’s great.”

Seeing the world and thinking of things differently is what Surgue hopes POP attendees will come away with. The next two POP installations (POP 02: VR + Empathy + Real World Storytelling on July 15 to 17 and POP 03: VR + Experimental Film on August 19 to 21) will delve even further into the ways in which technology, media and narrative storytelling intersect.

“I want people to experience a sense of wonder, delight and curiosity,” Surgue says. “I think some people might leave saying, ‘There’s no way that this will ever be assimilated into my life,’ but there will be others who say that this opens up a whole new world.”