#TIFF14: the highlights so far

If you've been too busy to keep. 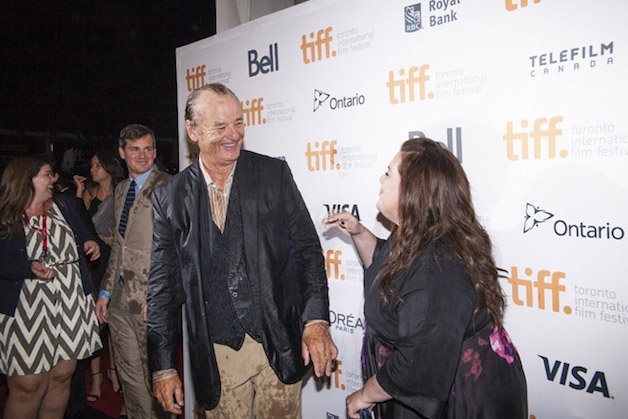 Bill Murray gets caught in the rain with Melissa McCarthy at the St. Vincent premiere at the Princess of Wales. Photo by Michael Watier

Bill Murray gets caught in the rain with Melissa McCarthy at the St. Vincent premiere at the Princess of Wales. Photo by Michael Watier

If you’ve been too busy to keep up with the celebrities, the outfits and the barrage of film reviews, we’ve got you covered. Below, our highlights so far from this year’s Toronto International Film Festival:

At this week’s parties, Julianne Moore and Kate Bosworth dazzled party-goers at Michael’s this week, while Lil Jon looked terribly bored solo in a booth.

Some of our favourite films this year include The Imitation Game (starring NOW’s cover man Benedict Cumberbatch). Find our highest-rated films here.

On the red carpet, Channing Tatum told us about getting bruised up in his role as a wrestler in Foxcatcher.

In our interview with director Shawn Levy, he revealed Jane Fonda insisted on auditioning for her role in This Is Where I Leave You. And even though Jake Gyllenhaal plays a very scary character in Nightcrawler, he’s no monster.

This year’s Festival Street was a great opportunity to draw the non-film-going crowd, but was a little underwhelming.

For more, check out all of our features from the festival so far here, and don’t forget: films continue to screen until Sunday. Showtimes are here.