After unloading about death, illness, a breakup and a recent cancer diagnosis in her legendary 2012 stand-up set, Tig Notaro bounces back from tragedy in this revealing, intimate doc 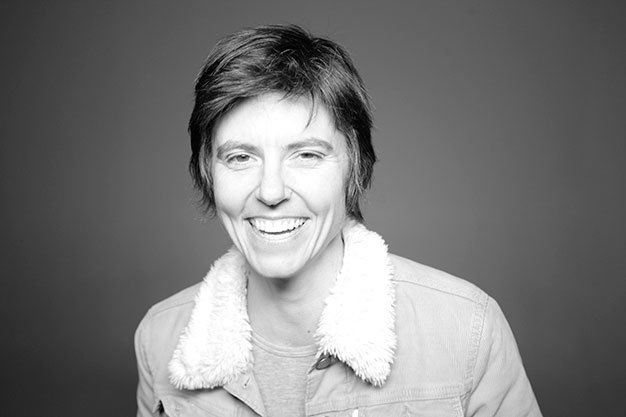 “All is well,” Tig Notaro tells me at the start of our conversation. “Yeah, things are great.”

And that’s a relief. Because I’m very fond of Notaro, and she’s had a pretty rough ride of late.

The documentary Tig, which opens the 2015 Hot Docs Festival, tracks the Los Angeles comedian’s road back from the worst year of her life.

In the first half of 2012, Notaro was hospitalized with pneumonia and a debilitating C. difficile infection. While she was recovering, her mother died suddenly. And while she was grappling with that, a long-term relationship ended.

And then, just as Notaro got back on her feet – out of the hospital, edging back to health, looking forward to her show at the L.A. comedy theatre Largo – she was diagnosed with breast cancer.

She opened with it.

The half-hour set that Notaro did that night – which she started with “Hello, good evening, hello. I have cancer. How are you?”- went viral thanks to several audience members, including Louis C.K. Released as the comedy album Live (as in “to live”), it’s funny, pained, passionate and absolutely shattering.

Filmmakers Kristina Goolsby and Ashley York use excerpts from Notaro’s set as the doc’s spine, including the heart-stopping moment when she apologizes and asks the audience if she’s making them uncomfortable. Someone in the crowd demands she continue, shouting, “This is fucking awesome!” (That’s the part where I always burst into tears.)

And although the documentary begins with Notaro at her lowest, that Largo set was also the moment when she started to turn everything around. She had a double mastectomy, started hormone therapy and got back to work, building new material around her illness and recovery. 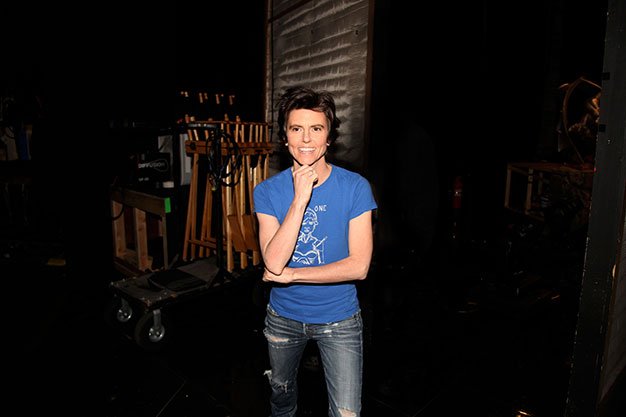 “It was a hard time to try and transition back into life,” she says. “From pneumonia to C. diff, to my mother’s death, to my breakup, to cancer – every moment, every turn, it just kept getting worse. I felt like I couldn’t get out of it. And once I did get out of it, and the doctors said they think they got it all, and my stitches came out and I was back trying to get into my life….

“I was going through the motions, you know? I wasn’t fully there for a while.”

When she agreed to do the film, she had no idea what was going to happen.

“I thought I’d been through the majority of whatever I was needing to go through – which I had. I was kind of naively thinking they were just gonna be filming me on my way [back] up, and things were great. I had no idea that I was gonna be falling in love with the person I was gonna want to be with for the rest of my life.”

That’s Stephanie Allynne, an actor and writer whom Notaro met while making Lake Bell’s comedy In A World… Notaro and Allynne played recording engineers, and the documentary includes a clip where they trade lines. Notaro seems fine – flirty even – if a little on the thin side. But when Bell calls cut, Notaro slumps in her chair, her eyes going blank. She looks like she’s dying – and of course, she was.

“I had pneumonia, C. diff and cancer and didn’t realize it,” she says. “I didn’t know what was going on with me, I didn’t know anything, and I wanted to do my friend’s movie. I didn’t know how sick or possibly contagious I was – it was all of those things. And my mother was going to die a few days later. That’s the other thing when I’m looking at that: my mother was alive in those behind-the-scenes moments. She died maybe two weeks later.”

“I feel like I don’t even relate to my life before that,” she says. “I feel like I’ve grown and changed on so many levels.”

Part of that is due to her relationship with Allynne. Friends at first, the two grew closer after Notaro’s surgery – a process the film captures through their texts and conversations.

“I was so vulnerable,” Notaro says. “There were moments where I really wanted to say, ‘Let’s not show this’ or ‘I can’t do this,’ but I also felt like I wanted to make the best possible film. If I agreed to it I wanted to do it fully. But, yeah, it wasn’t an easy thing to be revealing [myself] in that way.

“But I think that’s what you have to do,” she says. “Just show up, take a step forward and keep moving. I took downtime, for sure. And luckily I had been writing a book that’s been so therapeutic for me, just working through all the little details. And it’s been interesting to watch this film, to go back and look at it.”

Has the documentary shown her anything new about herself?

“I didn’t know that I was a risk-taker until I saw the final cut of the film,” she says. “It never dawned on me. But from doing that Largo show to my relationship with Stephanie to trying to have a child” – another thread explored in the doc – “I definitely take risks.”

And now, as she said, the risks are paying off. Which is great, because after all this – the album, the surgery, the road back, the documentary – I’m really invested in Tig Notaro’s happiness. And I tell her this.

Tig Notaro on how she became a documentary subject:

Notaro on her input into the documentary:

Notaro on where she is now: