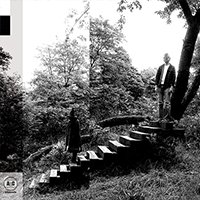 The first of Timber Timbre’s trio of intimate shows at Lee’s Palace felt like a comfortable easing in to the three-date run – nothing too explosive or exciting, but definitely solid and engaged.

It was an inward-turned performance, much like lead man Taylor Kirk’s sound and persona in general, with the musicians in near-total darkness aside from soft illumination by four neon-sign backdrops that created an ambience you might find in an off-the-beaten-path blues bar with a couple pool tables in the back. Or a strip club on a quiet night. Kirk said barely anything to the adoring capacity crowd.

He’s got himself a terrific band, which halfway through the set included saxophonist Jeremy Strachan adding touches of noise to the blues-psych-folk tunes (mostly from recent Hot Dreams and 2011’s Creep On Creepin’ On) and enhancing the already brawny bass end and Kirk’s baritone vocals. Arrangements were thoughtful: warm, dreamy, muted. Softly tapping piano. Brushed snare drum. Slow builds. When the club’s disco ball started up for superbly executed Hot Dreams, it was the perfect touch.

Sean Nicholas Savage’s opening set left something to be desired. The Montreal singer/songwriter’s – in trio format – minimal, electronic pop is interestingly warped and eccentric at times but bloodless and unpinned to any real foundation.