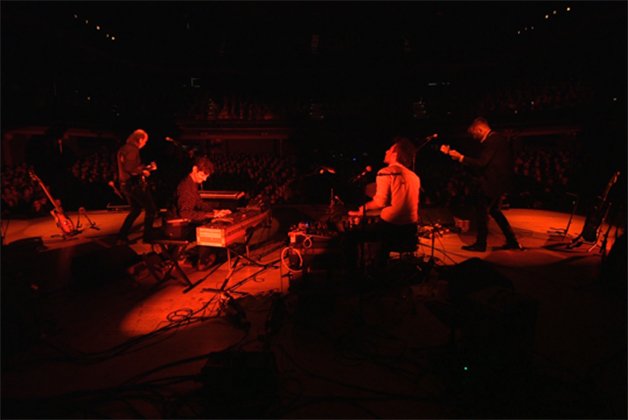 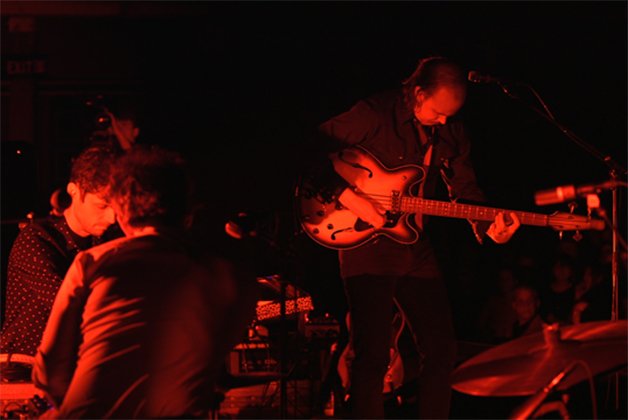 “Good evening. Welcome to the most exciting night of my life,” said Timber Timbre’s Taylor Kirk on Friday night. It was the band’s first show at Massey, a milestone for any local musician. (Earlier, opener Cold Specks, whose 45-minute set showcased a few new tracks from her upcoming LP Neuroplasticity, humble-bragged that this was her fourth time playing the venue.)

But it was Kirk’s big night, and he didn’t let the opener outshine him. (With Cold Specks’ killer pipes, that’s a feat in itself.)

Timber Timbre’s set creeped by like a Lynchian soundtrack as Kirk’s husky croon and retro guitar echoed through the packed hall, and moody feats of lighting played out throughout the evening.

The venue transformed into a planetarium during the title track for his latest release, Hot Dreams, as little white specks resembling stars dotted the venue. When Kirk sang the opening line, “I wanna dance, I wanna dance…with a black woman,” the audience awkwardly giggled like school kids.

But the best moments came when we were transported back to 2011’s Creep On Creepin’ On album. Clad in all black and illuminated by blood-red lights, Kirk performed the eerie tune Bad Ritual, followed shortly after by Demon Host, a spectacular encore performance in the pitch dark.